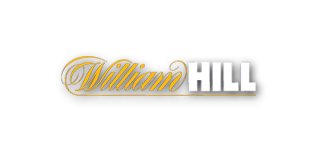 According to current media reports, casino operator Caesars has negotiated a takeover with British bookmaker William Hill. They would like to capitalize on the rapidly growing US sports betting market, which is why Caesars has estimated the cost to €3.2 billion.

The acquisition has not been approved yet by shareholders, but this will not be a significant obstacle.

More than 1,400 UK betting points will be sold. Insiders speculate that the private equity firm Apollo will take over the entire UK business. Apollo also claimed a takeover of the whole company.

The stock market picked a U-turn, and William Hill stock hit a two-year high this week.

William Hill is one of the oldest bookmakers in the world, with over 100 years of experience. Online poker has also been offered for many years as a part of the iPoker network. It is difficult to gauge how the takeover will affect commodity poker. However, the focus has been on poker for a while, and no major action has been taken to bring more players to the tables, which is a terrible news for iPoker Network.

Terms and Conditions apply.
This offer is only for new customers who are at least 18 years old.
If you need some help with yor gambling pattern and if you feel
that something goes wrong, please visit begambleaware.com
By Marina Taylor|2020-10-02T17:33:56+02:00October 2nd, 2020|