Home » Chess World Champion Joins Unibet Ambassador Team
Previous Next
February 11, 2020
Chess World Champion Joins Unibet Ambassador Team
Author:
Marina Taylor
Hi, I am the content manager of YourPokerDream community, which is dedicated to enlightening all the important aspects of the poker game.
The main purpose of the site is to keep you up to date with the industry and provide you favorable conditions for a successful game. 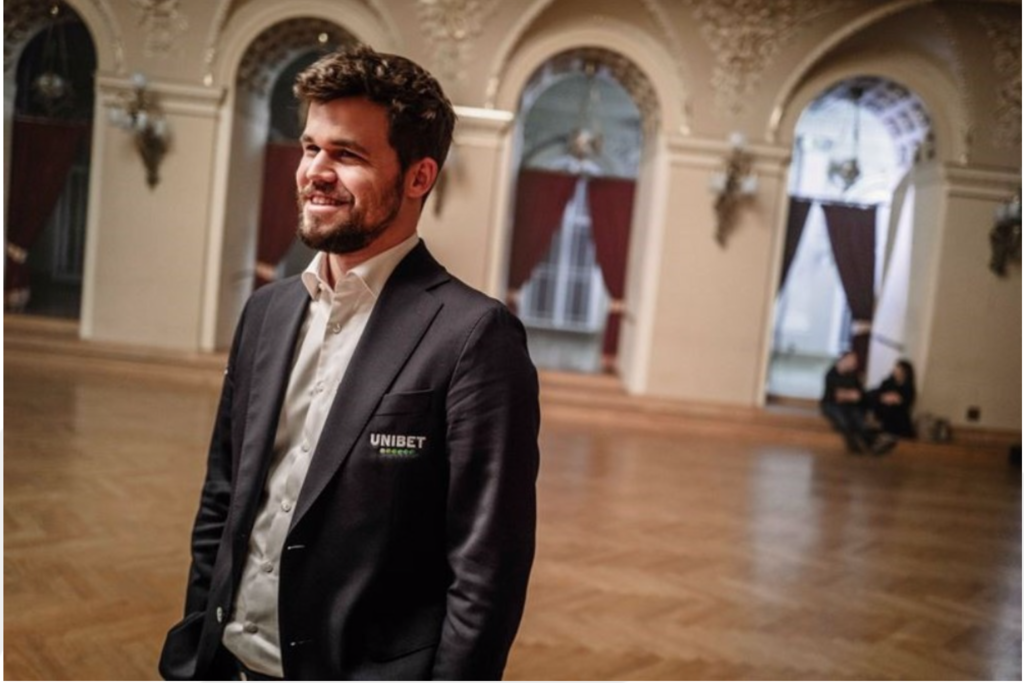 At the beginning of this year, Unibet Poker Team added a 29-year-old ambassador, the current 16th world chess champion and grand-master from Norway – Magnus Carlsen.

Representatives of the Kindred Group (Unibet Poker) convened a special press conference where the information about the new collaboration deal with the Norwegian chess player was announced.

Magnus Carlsen will represent the Unibet team as a Global Ambassador, which means that besides poker, he is likely to also advertise sports betting. The main slogan of the new brand ambassador for the poker room was the phrase: “Luck is no coincidence.”

During the press conference in Stockholm, Sweden, held late last week, Carlsen, along with Chief Commercial Officer at Kindred Group Rhodri Darch, made the announcement that their partnership will continue till the next two years.

Carlsen stated: “There a lot of the same values and interests in sports and related stats” between him and the global sports betting brand.

It`s worth to remark that this is not the first attempt by Unibet to enter the Norwegian gambling market. Currently, only two Norwegian companies (Norsk Tipping and Norsk Rikstoto) have a gambling operator license in the country.

Prior to the partnership with Magnus, Unibet representatives offered a five-year contract to the Norwegian Chess Association with the total cost of 5 million euros. However, it didn`t work out.

Moreover, since Magnus Carlsen left the association, he was forbidden by International Chess Federation to take part in chess competitions with the Unibet Poker badges.

The contract with the grandmaster is considered as Unibet’s attempt to enter the monopolistic gambling market in Norway. Magnus is quite famous in his homeland, which means he might attract a lot of Norwegian players to the poker room.

Join now and benefit from both exclusive promotions and the best rakeback deal on the net for Unibet poker at At YourPokerDream.

Terms and Conditions apply.
This offer is only for new customers who are at least 18 years old.
If you need some help with yor gambling pattern and if you feel
that something goes wrong, please visit begambleaware.com
By Marina Taylor|2020-02-11T15:12:00+01:00February 11th, 2020|