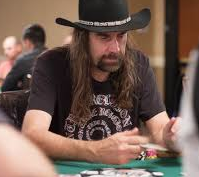 The best World Series of Poker Player 2017 is set
It was almost clear but now it is 100% sure. Chris Ferguson is the 2017 World Series of Poker Player of the Year. This was announced by the WSOP on Twitter on Monday following the departure of runner-up John Racener at the last POY event of the year. As a result, it was clear that no one could dispute Ferguson’s title.

For the POY title, Chris Ferguson will receive a free entry to the next $ 10,000 buy-in WSOP Main Event 2018. In addition, his photo will hang alongside the previous WSOP Players of the Years and WSOP Main Event winners at the Rio All Suite Hotel & Casino.

The following players have won the POY title in the past: 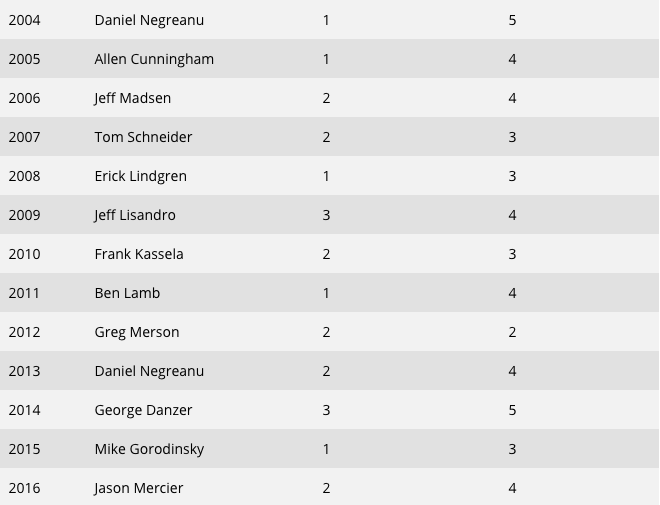 Since his alleged involvement in the Full Tilt Poker scandal and Black Friday on April 15, 2011, Ferguson has been a controversial figure in the poker world and has kept away from live tournaments since this day. Only at the WSOP 2016, he returned after 5 years back to the tables. In 2016, Ferguson reached the ninth place in the POY race. In the second year, he set himself the goal of winning the title and actually managed to do so.

He belongs to a small group of players who actually enjoy a lot of respect in the community. During his impressive WSOPE run, Ferguson received encouragement from Phil Hellmuth on Twitter. However, this triggered Daniel Negreanu and others on the plan, which expressed negative as expected about Ferguson.

As a leading player, Ferguson joined WSOPE in October after earning 17 cashes and two top 4 finishes in $ 10,000 Championship events at the WSOP 2017 in Las Vegas. He got a € 10,350 buy-in for the WSOPE Main Event at the Kings Casino in Rozvadov. With another 6 WSOPE cashes, Chris Ferguson had extended his lead so far that he was already as good as the winner. And since the runner-up Racener was eliminated early, his win was save. 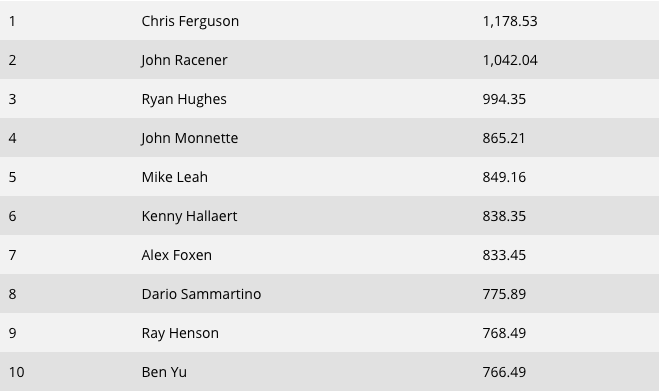