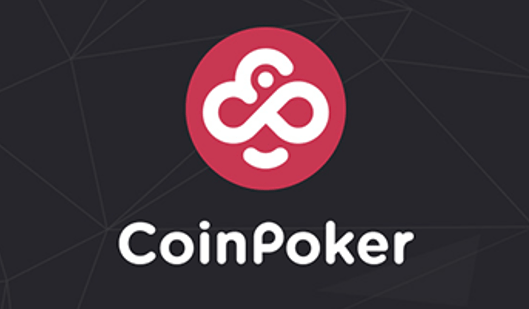 First success for CoinPoker
The pre-ICO phase just started on November 16, but www.CoinPoker.com has already sold more than 85% of the 100 million CHPs available at www.SpectroCoin.com. Actually, it was planned to run the pre-ICO until December 1, but with the current sales figures, it will take only a few days until all CHP are sold out.

The project has also brought some high rollers to the scene, the record amount for a sale is a proud 1,000 ETH. Once the ICO phase is over, CoinPoker will place 15% of all collected tokens in the prize pools of the opening tournaments. After such a successful start, it is not surprising that the CoinPoker team has grown bigger , the well known poker player Matthew Kirk will join the team.

“That will be huge,” Kirk said. “I’m excited to join CoinPoker and I’ve already invested my money. I can not wait for the tokens to be found at the high stakes tables and that I can get them. Our first tournament is already over € 200,000 – and the ICO has not even started! “

“We are very happy  that CoinPoker is such a great success,” said Isabelle Mercier. “We’ve been working very hard on this project for a long time and it’s great to see that players believe in us. We are also supported by large parts of the crypto community. That motivates us even more than already and we expect the actual ICO phase to be just as smooth. “

At present, SpectroCoin can still buy just over 14% of the CHP tokens under the Pre-ICO. For the Pre-ICO CoinPoker offers all buyers a bonus of 30%, the price per CHP is € 0.05. The ICO itself is planned for the first quarter of 2018 and the purchase will be possible via any e-wallet.

Following this success, Michael Josem, Head of Security at CoinPoker, invited interested players to ask him questions about the security of the project.

“I’m delighted that the community takes security measures very seriously, and I appreciate the confidence of the players who bought our tokens. We will do our best to ensure that the fair play security system becomes the industry standard. “

Antanas Guoga, who is known in the poker world as Tony G, has supported the project idea from the start.

“I knew that would work! Poker is ready for a revolution. I really believe that cryptocurrencies and blockchain are the answer we need, “he said about the project. “If you’re thinking about investing, do not wait! The CHPs will be sold out in no time. “

CoinPoker is a futuristic poker room with its own in-game currency called CHP (CHiPs). The hope is to solve existing online poker problems. The goal is to show transparency, to provide security and seriousness and to guarantee high-speed transactions.