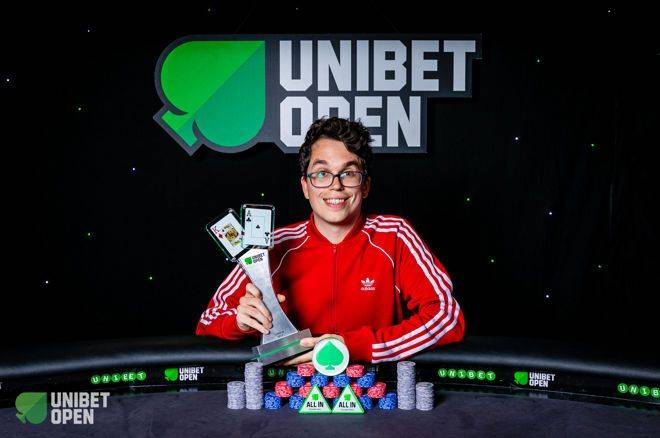 Daniel James gained the garland after a long-lasting final battle

The English player Daniel James has been crowned the 2019 Unibet Open London £990 Main Event champion at ‘The Vic’ Poker Room and got £80,200 as a prize pool. A record-breaking 456 entries were fixed during the Unibet Main Event, which took place in London.

Day 3 saw 19 players return to action and it took over 11 hours of play before a champion was revealed.

Poker enthusiasts underlined that the Main event was extremely unexpected as well as breath-taking. There was an exciting mix of players who showed the real masterpiece game. The recent High Roller champion Damian numbered among the participants of the Unibet Open Main Event 2019.

The opponents came to the final table with almost the same amount of chips that made the further playing course very unpredictable. The final table battle lasted more than one hour and ended with Daniel James’ victory.

Terms and Conditions apply.
This offer is only for new customers who are at least 18 years old.
If you need some help with yor gambling pattern and if you feel
that something goes wrong, please visit begambleaware.com
By Marina Taylor|2019-06-03T11:23:53+02:00May 28th, 2019|