The disconnect during a bad beat jackpot at BetOnline 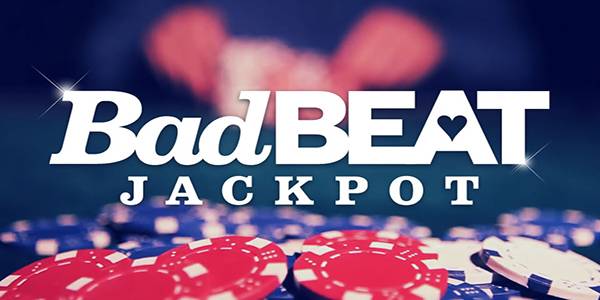 At BetOnline from the Chico network, Brandon Di Silvestro explained what he encountered while he was just about to win a bad beat Jackpot: a disconnect. Di Silvestro had a disconnect just before he struck his straight flush against a four of a kind and a full house. It was played on NL100 and the bad beat jackpot at that time was $349,046.

A bad beat jackpot is a common term where an additional rake is paid and collected in a jackpot that is paid out at a table when a big hand loses against another big hand. The conditions vary depending on the provider, but usually the hand that loses must be at least a four of a kind (quads). The loser of the hand receives the largest share of the jackpot, but all other table participants also receive a share. So actually a reason to be happy for everyone.

But now the big ‘but’ which came up before he could press the call button. The other players would never have heard of a bad beat jackpot because quads would have won against a full house and no one knew which hand Di Silvestro had to fold.

Fortunately for everyone involved, Di Silvestro streamed his hand live at Twitch, which he was able to use to prove that his own internet connection was not the reason for the connection being broken, but BetOnline.

This was the worst thing to happen to me in my 15 years of playing poker. With that being said support is still in contact with me so I'm gonna remain optimistic until they give me the official statement (round 2) because they did originally tell me I was shit out of luck. https://t.co/EmnbxZ8lym

Is this a coincidence, bad luck , or a fraud?

Everyone knows that most providers would say that a disconnect during a bad beat jackpot game is due to the poor internet connection of the player. Most times, there is no way for a player to prove the fault was from the poker network. Nevertheless, about 95% of respondents go empty-handed after spending so much money to play a bad beat jackpot due to a disconnect.

The question everyone is asking is: What is the probability that a player who would win a super high bad beat jackpot a few seconds before receiving a disconnect on the call button? Other players can finish the hand as normal and come back a few seconds later and see the end of the hand. Also, the disconnect might not be because of a poor internet connection. On Di Silvestro’s case, here are some other questions on everyone’s mind:

There isn’t really an answer to all of these questions, is there? The whole process is definitely questionable.

Fortunately, Di Silvestro recorded everything and shared it with lots of influential people like Joe Ingram to get the attention of BetOnline, which is appropriate. If BetOnline had replied with “Sorry, it was up to you; there is nothing we can do about it,” the matter would have caused a huge scandal and made the whole thing seem even more shady than without it.

Instead, BetOnline was generous, and they showed which Jackpot had actually paid out and admitted a technical error, which was the reason for the connection being broken.

Nevertheless, Di Silvestro wouldn’t have gotten a good reply without his recording and the public intervention of Joe Ingram.

To everyone involved I with my #BBJ hand at @betonline_ag I want to inform you guys that the money just hit my account. Thanks to @Joeingram1 for blowing this up for me. @DaveMasonBOL @BetOnlineBurns for reaching out to me personally multiple times. I’ll do a full post on 2p2 pic.twitter.com/PkLoBNVS94

In the end, Di Silvestro got $ 52,356 as his share of the jackpot, while the bad beat victim surprisingly got over $ 69,809. The rest of the table was paid $ 14,543 each. Without the effort of Di Silvestro and the luck that the session was started, all players would have gone empty-handed.

BetOnline $375k bad beat jackpot update. They’ve gone over the incident once more and have now awarded the jackpot to the table.

Thanks to @betonline_ag for making this right. No one is folding a straight flush.

The last changes of the page “The disconnect during a bad beat jackpot at BetOnline” was made by Daniel Berger on April 21, 2022