The Fourth WSOP Bracelet Was Presented To Eli Elezra 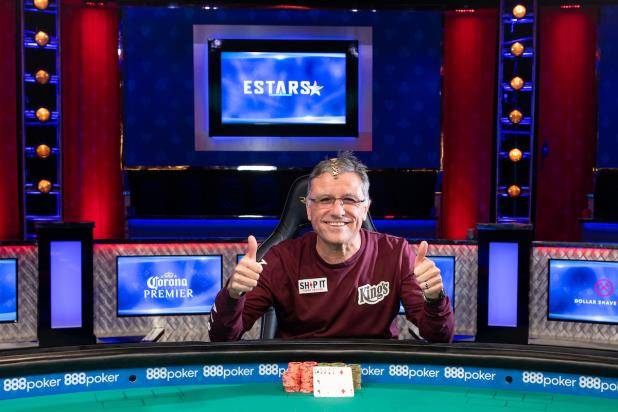 Thus, Eli Elezra joined a list that includes legends of the game like Bobby Baldwin and Puggy Pearson as well as more modern poker professionals like Shaun Deeb, Brian Rast, and the Mizrachi brothers.

It’s Elezra’s third bracelet in a Seven Card Stud poker variant and the second in this event. Last time Eli won $112,591 in 2015. However, during the interview to a famous poker magazine, Eli Elezra said that he felt so confident going into the tournament and was quite sure he will become a champion. In other words, he predicted his victory and proved his champion status.

“When we went to Cabo, I told my buddies, I’m gonna win a bracelet this yea, and I’m gonna win it in stud,” Elezra proclaimed. He added that he owes his victory to his vast experience and self-confidence.

Elezra rivaled for the first place with some fellow mixed-game old school professional as Scott Seiver, Rep Porter and David Singer who he met at the final table. Although the last two made the streamed final six, none of them had enough chips to overcome Elezra.

Terms and Conditions apply.
This offer is only for new customers who are at least 18 years old.
If you need some help with yor gambling pattern and if you feel
that something goes wrong, please visit begambleaware.com
By Marina Taylor|2019-06-12T16:13:56+02:00June 11th, 2019|