Home » Kevin Hart joins the partypoker team
Previous Next
April 11, 2020
Kevin Hart joins the partypoker team
Author:
Daniel Berger
Hi Guys, I am Daniel the chief content manager of YourPokerDream.
I have been working in the poker industry for almost 10 years now.
I do my best to keep you all up to date regarding our partner sites
all promotions and about general poker topics arround the world. 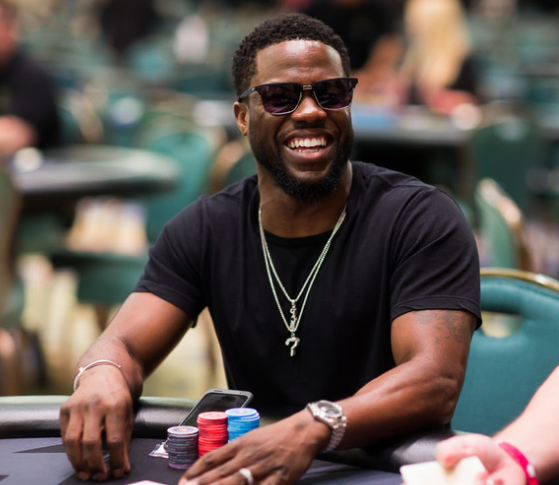 Whenever live poker comes back, poker fans around the world will continue to see movie superstar Kevin Hart at the table, only with a different patch on. Not PokerStars anymore but PartyPoker!

In a video released by partypoker’s Rob Yong on Twitter, he and Hart announced they’ve partnered up to promote the site and the game going forward.

He named Hart a “global ambassador” of the brand.

“I’m here to party, I’m here to make it a good time,” Hart said. “Expect the world of poker to get a lot more fun.”

Happy my good friend @KevinHart4real is now official @partypoker partner. Was talking about partypoker ethos at cash game with him, @Andrew_Robl @BrokeLivingJRB & Kevin promised to help us promote poker to new/amateur players, so made him do this video to commit his ass!💪KTF Rob pic.twitter.com/BHjckqbhRS

Having supported the development of the game for several years, Kevin is a genuine poker enthusiast who truly understands what the game means to millions of others worldwide. He believes in partypoker’s vision of providing a game that is run and supported by those who love poker and how it should be played.

If those words sound familiar, it’s because they’re along the same lines as the ones Hart spouted when patched up by partypoker’s rival, international leader PokerStars.

In early 2017, Hart participated in PokerStars Caribbean Adventure and took part in the $ 100,000 Super High Roller. The relationship became official a few months later when Hart announced that he signed up with the promise to bring back the fun of poker.

It was the boldest and clearest step for PokerStars when the company distanced itself from its old strategy of signing up well-known professional gamers and pursuing a new strategy of giving sponsorship dollars to international celebrities. Sports icons such as Usain Bolt and Neymar also represented the company.

Hart continued to appear at PokerStars events until early 2018, but hasn’t played many live tournaments since.

According to Yong, however, this is not the lack of enthusiasm for the game. He proclaimed that Hart loves the game and plays more than he does.

Hart appeared to be playing in a cash game with Yong, Andrew Robl, and Jean-Robert Bellande recently, and he and Yong agreed that the movie and comedy superstar should express his loyalty and fun at playing partypoker.

With an estimated value of $ 200 million and a reach of tens of millions on social media, Hart will be a welcome addition to all partypoker events as well as broadcast partners such as Poker Central and Triton.

Create a new player account at PartyPoker now via YourPokerDream and receive a 100% up to € 325 welcome bonus, enjoy our exclusive promotions, private tournaments and the best VIP rakeback deals.

Terms and Conditions apply.
This offer is only for new customers who are at least 18 years old.
If you need some help with yor gambling pattern and if you feel
that something goes wrong, please visit begambleaware.com
By Daniel Berger|2020-04-14T13:01:54+02:00April 11th, 2020|