Poker Player donates over a half million dollar 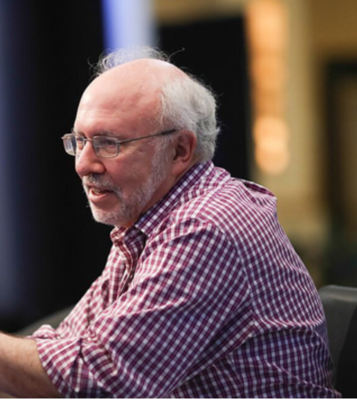 A poker player with heart

Scott Wellenbach wins big at the Main Event of the PCA. However, the Canadian does not keep the profit for himself. He has created the most notable action in professional poker in the last months.

The 67-year-old Canadian finished third in the Main Event of the PokerStars Caribbean Adventure (PCA), earning $ 671,240 in prize money. However, the money is not on his account, he donates the entire profit for charity.

This he had already announced two days ago – no matter how high his profit should be.

Wellenbach, who had qualified online for the Bahamas tournament and only had to pay a buy-in of $ 500 instead of 10.300$ made this not the first time. He already did it 2017 at the Main Event of the PokerStars Championship. He also donated his prize money of 72,176$ which was at this time his highest winnings ever.

Wellenbach, who earns his living in Halifax as a translator of Buddhist texts, hopes “that the people who receive the money will benefit from it”. He does not know yet which organizations will receive the money.

Terms and Conditions apply.
This offer is only for new customers who are at least 18 years old.
If you need some help with yor gambling pattern and if you feel
that something goes wrong, please visit begambleaware.com
By Daniel Berger|2019-06-04T14:25:56+02:00January 17th, 2019|