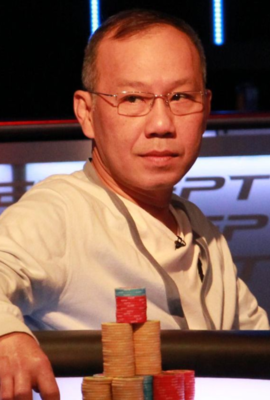 For everybody who do not know him, Phua is a regular in the infamous nose-bleed stakes poker games that take place in Macau. He also won the One Drop Extravaganza Super High Roller Event in 2016 for 827,722$

Phua and 14 other defendants accused of running an illegal sports betting operation on the 2014 World Cup were acquitted of all charges by the Court of First Instance in Macau.

Law enforcement in Macau received an anonymous tip that certain rooms in the Wynn Macau were running the illegal operation. After studying surveillance for several days, they searched the rooms and seized computers and other electronic devices that contained betting information on the matches.

The charges alleged that Phua and his colleagues were taking bets out of hotel rooms at the Wynn Macau during the 2014 World Cup. They allegedly had collected $147.7 million in wagers on the sporting event.

Lei Wai Seng, the judge that ruled on the case, stated that the Public Prosecutors Office and the Judiciary Police were unable to prove that Phua and the other defendants were accepting or placing wagers on the soccer matches. Furthermore, he said that the police failed to prove who owned the electronic devices that were seized. On the computers  weren’t any names attached to the documents, what meas nobody know from whom it is

Phua was arrested on almost identical charges in the United States during the same World Cup. His suite at Caesars Palace in Las Vegas was raided by FBI agents and computers were seized. Those computers contained information about an illegal betting ring that wagered $400 million.

Just a year later, a federal judge in Nevada dismissed the case, citing that the FBI agents seized the evidence illegally.

Terms and Conditions apply.
This offer is only for new customers who are at least 18 years old.
If you need some help with yor gambling pattern and if you feel
that something goes wrong, please visit begambleaware.com
By Daniel Berger|2019-06-03T13:29:47+02:00March 1st, 2019|