Chinese Players Work Together For a Better Future in Poker in China; Aiming For the First EPT Champ 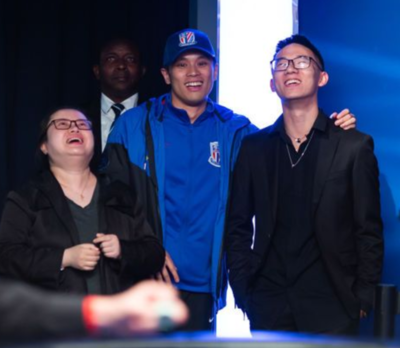 The poker industry is growing fast across the world today and more people are indulging in it. This is also in the case in China as EPT Barcelona runner-up Haoxiang Wang and the recent winner of APPT winner Yan Li state their support for Wei Huang – a Chinese player who is now at the final table of the €5,300 EPT Monte Carlo Main Event with a cash prize of €827,700 at stake.

Wang recently told Pokernews: “Last year I lost the championship, so I really want my friend to win, so I can touch the trophy.”

Furthermore, this is the first time Huang is at the final table of a big poker event, but no doubts, he has the support of his close friend Wang who has had a better experience at a final table before. Wang also added this while speaking with Pokernews: “I will share my experience from last year and I hope he’ll do better than me.”

Wang also advised Huang to play skilfully but aggressively as the table moves from six-handed and gets shorter. He also said that Huang should play less tight-aggressive and more loose-aggressively. “He’s good enough to do his best, so my advice isn’t too important.”

Huang is of a better benefit due to the fact that he has better support from experienced poker players from China who changed their return flights to remain at Monte Carlo just to back Huang. Wang advised that it is very important for Chinese poker players to work closely.

It is important to know that one of the countries that haven’t been friendly to poker is China and Yang Li stated: “Our government doesn’t like poker.” Yang Li who is the recent winner of the APPT; also the winner of another poker tournament and then the third-place winner at the Asia Pacific Poker Tour Korea. Yang Li was closed to becoming one of the players to win the most trophies at a single APPT stop.

“I’m a trophy collector. I like trophies, especially PokerStars trophies,” stated Li who is also ready to present the silver version of the golden trophy to the winner of the EPT Monte Carlo Main Event. Li stated that she will be happy if another trophy is claimed for her home country.

“Although poker is illegal in China, a lot of Chinese poker fans have great passion in poker, so we all fly over ten hours to come here chasing this trophy. So I want [Huang] to enjoy every single minute in this final table,” Li added.

A Way Forward for China?

Wang and Huang are already team member of a small poker group made of ten players who are interested in poker.

Even though China puts a ban on poker games, this group is extremely careful when it comes to having poker gatherings.

Even though China is hostile to poker, the two poker players are here to represent their country in the case of Wang’s victory. However, both players hope for a better future of poker in the country.

“The environment [for poker] is really terrible in China; if he wins, maybe it will change,” Wang stated.

Back to the EPT Monte Carlo Main Event, the day 4 of the event occurred recently of the 30 returning players. So far, Huang is playing extremely well in the event and has made some good calls against the chip leader of the day 1 of the event Nicola Grieco.

Terms and Conditions apply.
This offer is only for new customers who are at least 18 years old.
If you need some help with yor gambling pattern and if you feel
that something goes wrong, please visit begambleaware.com
By Lawrence Damilola|2019-06-03T11:41:44+02:00May 6th, 2019|