Daniel Negreanu Part Ways with PokerStars after a Mutual Agreement 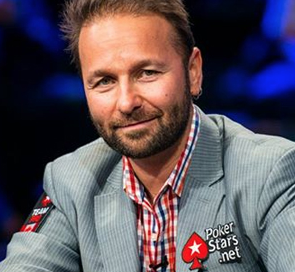 Daniel Negreanu is one of the best poker players in the world – no doubt. This player has had a long history with PokerStars but parted ways with them through an agreement.

Negreanu has had a good history in poker after being a flagship for PokerStars for quite some time now.

During the official announcement, Negreanu said: “It was a great run, but we’re no longer gonna be an ambassador for the company,” he also added: “I worked with so many great people, some really good people at PokerStars. I’ve had the opportunity to travel the world, play in Barcelona, Monte Carlo, PCA, which were three of my favorite stops. I wish everyone the best.”

The PokerStars associate director Rebecca McAdam Willets replied and portrayed the company’s wishes: “Daniel has been one of the most influential faces of poker and indeed PokerStars for 12 years, and it has been wonderful to have his passion, support, and insights throughout our relationship. We wish Daniel the very best for the future, as well as wedded bliss and tons of running well this summer.”

It is essential to know that Daniel Negreanu was paramount in the success of PokerStars today. He first joined PokerStars in June 2007 after reaching an agreement with them together with the former World Series of Poker Main Event champions: Chris Moneymaker, Greg Raymer, and Joe Hachem.

Later on, Negreanu became the ambassador of PokerStars’ European Poker Tour and other international events. Even though he never won a significant EPT title, he reached a few final tables such as the 4th place at the EPT Grand Final in 2013 for €321,000 and cashed in a few $100,000 events at PCA and other events.

Other big stars faded away in the early 2000s and even had their sponsorships fizzled out after reaching the limelight such as Hachem and Barry Greenstein – but not Negreanu.

Negreanu continued to raise the flag high and became one of the biggest stars in the industry. However, his profile rose beyond measure and became poker’s all-time tournament money leader – since exceeded by Justin Bonomo.

How the Problems Began

Recently, Negreanu faced criticisms as both he and PokerStars undertook different positions disliked by the various sectors of the poker community.

It all began when PokerStars belligerently reduced high-volume rewards and increased the rake in all games.  Negreanu reorganized the changes to the dismay of different professionals who hoped he would fight for their cause. In this case, popular content writers like Doug Polk and Joey Ingram, criticised him and made a big joke out of Negreanu’s defenses on the increment of the rake in all games.

Terms and Conditions apply.
This offer is only for new customers who are at least 18 years old.
If you need some help with yor gambling pattern and if you feel
that something goes wrong, please visit begambleaware.com
By Lawrence Damilola|2019-06-03T11:22:49+02:00May 28th, 2019|