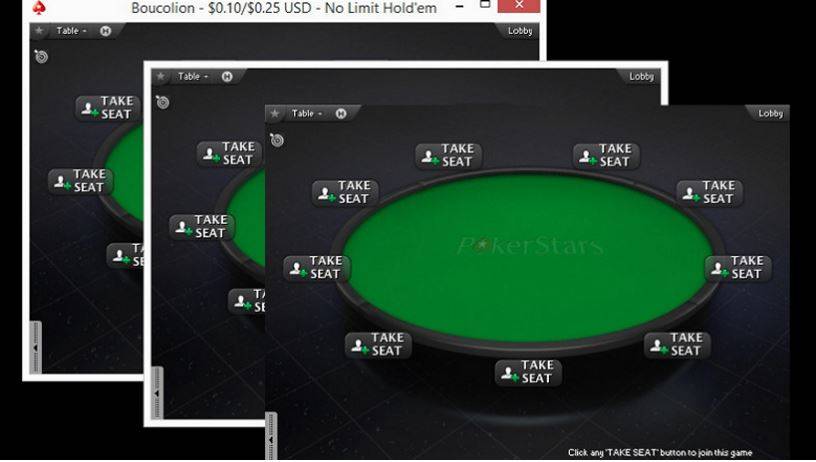 PokerStars continuous to impose indirect restrictions on the regulars’  winrate.

Last week, players from France and Spain came under strict restrictions. The leading online poker operator PokerStars fixed the number of cash-tables that can be played simultaneously – the number should not increase to 6 tables.

The belts are tightened

Last year, PokerStars imposed the same kind of restrictions for its Italian players on its platform. After a successful implementation of this practice, PokerStars decided to go further with the intention to extend it for French and Spanish players as well. As always, after experiments on reservations, it should come to the main pool of players dot-com. The accurate date is currently unknown but in the nearest future, PokerStars players will be able to play only 6 tables at the same time.

Why is it profitable for PokerStars?

If you are not a newcomer in the poker industry you should understand that poker rooms are earning money from beginners who play and spend all their winnings by playing casino for instance. Thus, in the fight against regulars, rooms may use various ways to restrict their winrate such as banning software, cutting rakebacks, and limiting the functionality of regular players. The ordinary users will never notice such functional limitations but regulars will definitely do.

Limiting tables to 6 looks like PokerStars attempt to make sure that one regular does not “milk” 12 tables with weak players on NL25, for instance. It turns out that if a regular can only play only at six tables, then the chances of a weak player getting caught against another weak may not be probable. In practice, this is unlikely to work this way – we already know that there are always a dozen regulars and recreational players, no matter the limits.

Overall, we can make a conclusion that PokerStars is now transformed from being a free poker room for regulars to a closed one at the level of 888poker.

If you are looking for a worthy alternative to PokerStars and would like to have a rakeback deal, we at YourPokerDream can recommend great poker sites for you. We also offer exclusive rakeback deals to boost your profit.

Terms and Conditions apply.
This offer is only for new customers who are at least 18 years old.
If you need some help with yor gambling pattern and if you feel
that something goes wrong, please visit begambleaware.com
By Marina Taylor|2019-06-03T11:42:19+02:00May 20th, 2019|