Top 5 Online Poker Myths You Should Know About 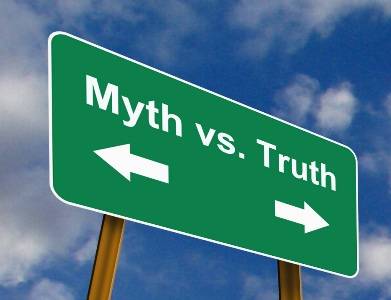 Newbie players face a lot of myths and delusions associated with the poker game. They often write off their successes and failures on their effect. The truth is that most of these peculiarities have nothing to do with reality. After reading this article, you will be able to forget about poker myths and focus on vital points that will make you a winning player.

Myth #1: It is impossible to outgame a poker room and the random number generator is rigged

Some newbies after several losses or failed sessions accuse the poker room of a dishonest game. They say someone manipulates a random number generator. However, you need to know that poker operators get commissions only on the number of rakes and the amount of money deducted from each played pot. The amount of commissions of the room does not depend on who exactly won the hand. Poker rooms will not risk everything for the sake of dubious and short-term ways of making money, because their work is controlled by authorized gambling commissions which continuously monitor the fairness of the game. The poker room will be deprived of the license in any event of a violation.

Your skills, as well as the length of the played distance, are what matters. If you toss a coin, the probability of dropping a horde and tails is the same, but this does not mean that after ten throws, you will see an eagle and tack for five times. For one million attempts’ selection, the result will be much closer to the expectation. The same principle works in poker. You can play perfectly without any mistakes, but no one will forbid your opponent to get the only possible out on the river because such a probability exists, but it is small enough to stop you from getting a profit in the long term distance if you do everything correctly.

Myth #3: You need to win each hand you play

Your income from poker is not only the money that you win but also those that you don`t lose. Every poker player who wants to be successful needs to accept the fact that it is impossible to win in each hand. After all, both fish and regulars are given the same amount of bad and competent hands. The goal is to maximize the winnings while playing with strong hands and minimize losses with weak ones. The ability to pass once it is needed is the most valuable ability for any player.

Myth #4: it is impossible to be in the plus on microlimits due to the large number of fishes

This myth defies common sense. In poker, we get profit while we play against weak players. No doubt that weak players (fishes) at low limits usually play illogically and predictably, therefore, it is difficult to resist them, but at the same time, they do not even follow the basic rules and make numerous mistakes. If you learn how to deal with them, you will get a significant profit from this advantage. It is not a secret that the most successful winrate players generate on the micro limits

Myth #5: to be a successful poker player you need to have a natural talent

Skills such as good memory, the ability to count quickly; as well as to be able to read the opponent’s emotions are undoubtedly excellent. Natural talent will increase your chances of success, but the only thing that makes the difference between professional players from amateurs in the capacity to work. Even Daniel Negreanu, a professional poker player, who earned more than $36 million in his career, does not get tired of repeating a truth: “if I stop learning, they will beat me more and more often.”

Excellent players continually study all the time. Thus, the amount of time spent on training directly affects the level of your game and the upcoming success. Poker game is too complicated to rely only on natural talents.

Terms and Conditions apply.
This offer is only for new customers who are at least 18 years old.
If you need some help with yor gambling pattern and if you feel
that something goes wrong, please visit begambleaware.com
By Marina Taylor|2019-06-03T11:25:26+02:00May 24th, 2019|