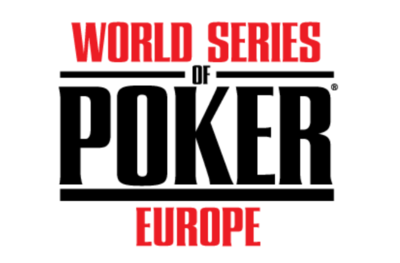 The golden World Series of Poker (WSOP) Event is a big dream for any poker player out there; this is due to the prominence of the tournament and the exclusive guaranteed prize pools it attracts. However, this year’s WSOP Europe promises to be exciting as the game now includes a €25,500 High Roller event with a €2.5 million guaranteed prize pool added to its schedule.

Furthermore, eleven of the poker trophies displayed in the event will be dispatched this time around during the WSOP Europe at the King’s Resort.

It is necessary to know that only five players have been able to attain this prestigious trophy in the Czech Republic. No doubts, the King’s Resort will be the venue for the big battle for the third consecutive year.

The World Series of Poker Europe is scheduled to return to the West Bohemia for the third time in a row, and it will happen this autumn. Many players look forward to this tournament as the organizers of the event released the schedule of the event last week. And it revealed that they will now be eleven bracelets tournaments and a total guaranteed prize pool that is more than € 14 million.

It is necessary to know that this is the first time the tournament adds a Short Deck Hold’em tournament at the King’s Resort. A Short Deck Hold’em is considerably a poker phenomenon where all deuces to five in a game are removed. The most extravagant poker tournaments today encourage this format and this time around, the World Series of Poker Europe Short Deck Hold’em/Six Plus Hold’em will attract a €25,500 entry fee and €2,500,000 guaranteed prize pool – sounds exciting isn’t it?

Hence, the owner of King’s Resort Leon Tsoukernik stated that “it’s the biggest bracelet event in this format in the history of Europe, and we are honoured to host it at King’s. It will be an event for fans of modern fast poker with huge guarantees. Our resort confirms its role as a key poker destination in 2019.”

It is also necessary to know that WSOP Europe was first played in East Asia, but at the moment, the game has largely moved all over the globe in just a few years. The Short Deck Hold’em event format has also spread in different parts of the world – and now in WSOP Europe. In June, the $10,000 Short Deck Event will take place at the 50th annual WSOP in Las Vegas and the first European bracelet in the Short Deck Event will also take place in October in West Bohemia.

Terms and Conditions apply.
This offer is only for new customers who are at least 18 years old.
If you need some help with yor gambling pattern and if you feel
that something goes wrong, please visit begambleaware.com
By Lawrence Damilola|2019-06-12T16:17:36+02:00May 7th, 2019|