Ben Heath Gets His First Bracelet at the WSOP $50,000 High-Roller 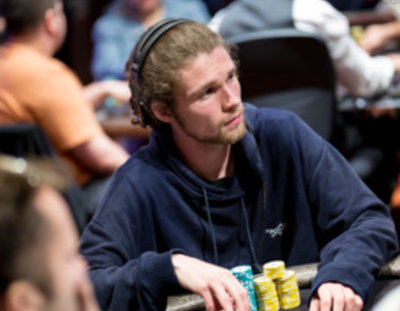 It has been a non-stop action at the 50th Annual World Series of Poker, with lots of players battling for the prize money with a significant buy-in. No doubt, you should expect the final table to involve familiar faces, and that’s what took place.

After three days of playing at the tables, only six players were left, out of the 110 fields: 5 bracelet winners and Ben Heath. Despite being amid a ton of experts playing High-Rollers, Heath didn’t feel pressured.

After the final play, Heath went on to win his first bracelet. The win makes it look as if the last game was easy, but that wasn’t the case. He had to compete with some of the finest players in the poker industry.

When asked how he felt on winning his first WSOP bracelet, Heath stated: “It feels a lot better than I thought it would.”

With lots of attention on him – including from the media – and having to pose for the winner photos didn’t daunt Heath to the extreme. He said: “When I was younger, I was shy and didn’t really want to win the bracelet. I would have rather just taken second place. However, now that it has happened, it feels great!”

The final table consisted of top 40 blinds for the six players after the exit of players such as David Einhorn and Cary Katz.

It is necessary to know that despite the final table involved just six finalists; the first exit only took place after three hands. The poker player, Chance Kornuth, missed three of them, raising the river with a bad hand in the second and got conquered in the last. Kornuth performed poorly and lost most of his chips to Dmitry Yurasov, and finally beaten by Andrew Lichtenberger.

After a few hours of play, Nick Pietrangelo was beaten and joined Yurasov at the exit door. Although, Pietrangelo played right with ace-king against the queens of Ben Heath, but couldn’t keep up with the flops, turn, and river.

Ben Heath battled fiercely with Lichtenberger in which two players exchanged leads. During the battle on the final table, there were sometimes when Lichtenberger held a significant lead away from Heath’s points but was later caught up by his opponent.

When asked if he felt the victory was slipping away from his hands at some point in the play, Heath said: “I was up to fifteen million or so at one point and then fell down to eight [million], so it’s hard not think that it might be slipping away. However, things worked out in the end, I guess.

Before the final hand, Heath had a controversial hand in the $50,000 High Roller with Dmitry Yurasov. This controversial hand led to the exit of Yurasov at the tables. When asked about the hand after he won, Health was unwavering that he would have won no matter what the outcome; he stated: “It was definitely going in either way. I think if I have a slightly worse hand, then it could become a bit interesting, but I genuinely think he did it by mistake.”

After winning Yurasov and Soverel, Heath began with an eighteen to fourteen million lead. Lichtenberger seemed to have played better at the start after five hands, he took the lead but was trailed again by Heath.

Furthermore, Heath had three-bet holding ace-jack; he flopped with the jack to the lead in the jack. This move was a little bit risky for him, but he went on to win bracelet with prize money of $1,484,085 after ensuring a blank on the river.

Terms and Conditions apply.
This offer is only for new customers who are at least 18 years old.
If you need some help with yor gambling pattern and if you feel
that something goes wrong, please visit begambleaware.com
By Lawrence Damilola|2019-06-05T08:15:42+02:00June 4th, 2019|