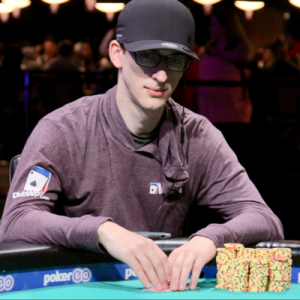 Dan Zack is currently the leader of the WSOP 2019 Leaderboard

It has been an exciting tournament so far with impressive moves from players and new winners. The past four weeks have been catchy with beautiful headlines so far on this year’s WSOP held in Las Vegas. So far, about 55 bracelets have been given to players and the race continues, with former leader Dan Zack moving back to the top of the 2019 WSOP player of the year.

Last week, Upeshka Da Silva took the lead on the 2019 WSOP player of the year chart after winning his third bracelet in his career, but this lead didn’t last too long as Dan Zack went up again after being second to Upeshka.

The Event #51 handed Zack more POY (Player of the Year) points to take back the number one spot. Jason Gooch now occupies number two spot; he moved on to this spot after being the runner up to Josh Pollock in Event #24: $600 WSOP.com ONLINE Pot-Limit Omaha 6-Handed. Gooch also won another event called Event #55: $1,000 WSOP.com Online Double Stack No-Limit Hold’em.

Daniel Strelitz also won a bracelet making his total cashes seven this summer plus his win in Event #11: $5,000 No-Limit Hold’em.  Strelitz now sits at the No. 5 of the POY rankings.

Furthermore, a former winner of the 2018 WSOP POY Shaun Deeb hasn’t gotten his groove back this summer, and he is yet to win a bracelet this year. Nevertheless, he almost did that after finishing second in the Event #35: $10,000 Dealer’s Choice Championship, only to be beaten by Adam Friedman. With all his efforts in this year’s WSOP, he currently sits at the No. 6 position of the POY rankings with a total of eleven cashes.

In the last 24 hours, Jake Schwartz took the No. 18 position in the POY rankings, and Jon Turner is at No. 21 currently. It is necessary to note that both players have the most cashes in this year’s WSOP with thirteen.

Additionally, the winner of Event #33: $1,500 Limit 2-7 Lowball Triple Draw, Robert Cambell currently sits at number seven position in the lastest POY standings. However, Ismael Bojang moved up a bit to No. 8 position after winning his first career bracelet in Event #40: $1,500 Pot-Limit Omaha.

Terms and Conditions apply.
This offer is only for new customers who are at least 18 years old.
If you need some help with yor gambling pattern and if you feel
that something goes wrong, please visit begambleaware.com
By Lawrence Damilola|2019-06-28T12:49:35+02:00June 27th, 2019|