WSOP 2019: The ‘Big 50’ Event Sets the Record For Largest Playing Pool Ever 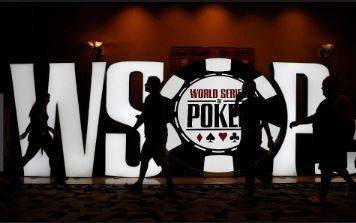 The 2019 World Series of Poker ‘Big 50’ event recently sets the record for the biggest number of live players in history. The event included four starts plus a total of 28,371 entries to create a whopping $13,509,435 prize pool.

This event broke the record of the previous WSOP event with an increase of nearly 27 percent in field size. It is necessary to note that 22,374 entries made the inaugural WSOP Colossus event held in 2015.

Thus, the expected prize pool was significantly increased, which means that the winner of the tournament will have to gather over 1 billion chips. Overall, there were 418,550,000 chips in play which distinguished the ‘Big 50’ event among other industry tournaments.

The final day fixed the largest 9,121 what put it in seventh place as the largest live tournament field in WSOP history.

In the table below, you may find the top ten most significant WSOP events by field size:

Since the total money prize pool is known, the final payout information for the player will be announced officially when the day 2D will be played.

“It’s a testament to the love of the game of poker, so many of us have, and we’re so thankful for the players who came out to usher in our 50th iteration,” said WSOP Executive Director Ty Stewart. “From humble beginnings 50 years ago with a half a dozen players, to creating a $13 million+ prize pool for a $500 buy-in – unheard – and truly shows the modern day poker scene is alive and well and ready to cater to a new generation.”

Terms and Conditions apply.
This offer is only for new customers who are at least 18 years old.
If you need some help with yor gambling pattern and if you feel
that something goes wrong, please visit begambleaware.com
By Marina Taylor|2019-06-05T18:07:24+02:00June 5th, 2019|