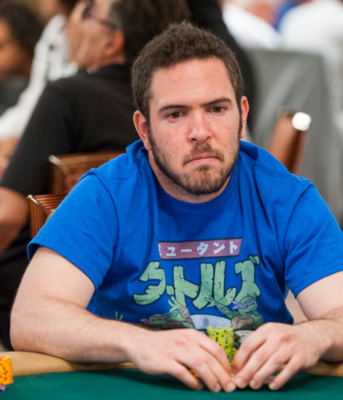 Bronshtien eliminated his opponent Ajay Chabra in the final table. The event had a field of 296 players; this victory comes as Broshtein’s 53rd cash prize. His total earnings now total $1.57 million.

After making his first win in the final table of the WSOP Event 3, Bronshtien didn’t fail to portray his happiness over his current feat. After the event, he said: “It’s exactly what I thought it would be like,” the Israeli poker professionals told WSOP reporters. “I’m not surprised. I’ve always felt I could win one of these tournaments. Glad to finally wrap one up. I’m definitely really happy about it. This has been a really big goal of mine since I started playing poker. It’s been my number one goal.”

He added: “I never lose confidence in myself. I have seen people come back and win tournaments from a short stack. It’s a bit more fun when you make a big comeback like that.”

The first action of the game focused on the German professional Bjorn Geissert. He was the player with the shortest stack with 14 blinds. He sat on his chips and made an effort to increase them. All these were put to halt when Chabra’s hand won the chips after 20 minutes of play. Geissert ended at the sixth place of the event, taking the $13,892 cash prize.

The next player that was removed from the game was Michael Sortino. Players took turns and had their blinds cast., Sortino’s chips were busted during a confrontation with Chabra’s blind, and he ended at the fifth place.

What changed the way the final table was played was the three-way all-in pot, which spurred the chances of Bronshstein during the event; thus, sending Steven Tabb to fourth place. It also endangered Jerry Wong’s play.

It is essential to know that Wong moved his short stack around his opponents at some point during the game, but with five minutes, Chabra folded Wong’s chips and busted him with a ten after Wong’s draw combined a deuce.

During the heads-up play, Chabra and Bronshstein had to battle for the bracelet. It is also necessary to know that Chabra came into the final table as the chip leader as he dominated the early part scoring three out of the four knockouts in the closing table. But at the end of it all, Bronshstein triumphed to win his first bracelet in WSOP.

“I have had a rough year. So this is really good. The bad things that have happened to me have made me stronger, and I’m really happy,” Bronshstein said during an interview after his win.

Terms and Conditions apply.
This offer is only for new customers who are at least 18 years old.
If you need some help with yor gambling pattern and if you feel
that something goes wrong, please visit begambleaware.com
By Lawrence Damilola|2019-06-07T13:23:05+02:00June 7th, 2019|