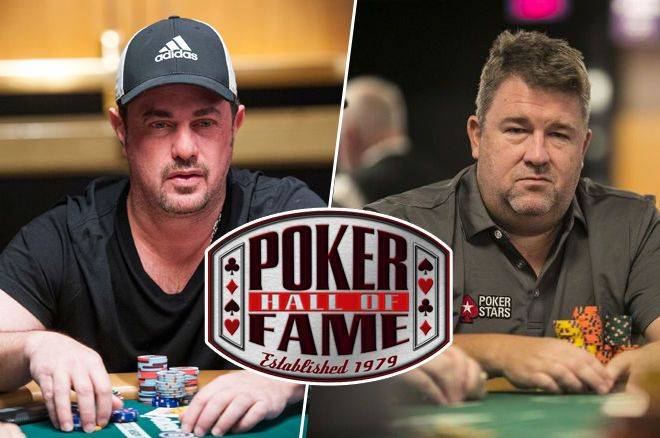 The Hall of Fame was established in 1979 to rectitude the players who made an invaluable contribution to the development of the poker industry.

There are the following criteria while casting:

Chris Moneymaker might not satisfy all of the requirements, especially in playing in high stakes games. However, the poker industry can’t deny the significant contribution he made, causing the poker boom after winning the 2003 WSOP Main Event for $2,500,000. He proved to the world that online poker players could be taken seriously and provided a considerable growth after parlaying a win in a satellite at PokerStars into the WSOP Main Event title.
“I’m very honored… very happy,” says Moneymaker. “It’s great for my kids — it’ll be a cool thing for them to see when they grow up.”

One the other hand, David Oppenheim, a well-known as a tournament player, won around $2 million in live tournament earnings. However, unlike the other nominees for the 2019 Poker Hall of Fame Class, Oppenheim is yet to win a WSOP bracelet or any major poker title.

The 46-year-old American is one of the best tournament poker players of our time. He started his poker career when he was 19 years old.

“Being recognized as one of the all-time greats by my peers is truly humbling, and I am honored to have been selected to the Poker Hall of Fame,” said Oppenheim about his induction. “I have been so fortunate to be able to do what I love for a living. I never planned to be a professional poker player; rather, it was a passion that became my job. People often ask me, how does one become a professional poker player? The answer is hard work, and that goes for everyone that plays at the highest level. From the time I began playing, I was incredibly passionate about poker, and it led to me being able to travel this road that has been traveled by very few. Again, I am extremely grateful to be receiving this honor. Thank you.”

Terms and Conditions apply.
This offer is only for new customers who are at least 18 years old.
If you need some help with yor gambling pattern and if you feel
that something goes wrong, please visit begambleaware.com
By Lawrence Damilola|2019-07-24T18:20:45+02:00July 21st, 2019|