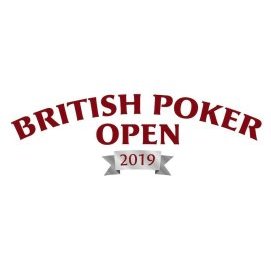 Poker Central decides to take the poker world by storm as it announces the creation of Super High Roller Bowl London and the British Poker Open Festival.

The British Poker Open Festival is said to take place in London’s Aspers Casino. The event promises ten games that run from September 2ND-12TH with buy-ins starting from £10,000 to £100,000.

On the other hand, Super High Roller Bowl London event has been one of the most-watched events on Poker Central’s PokerGO streaming service. This event has a £250,000 buy-in with only 49 entrants and 30 open seats at the Aspers Casino. Any player that wants to reserve a place in the year’s Super High Roller Bowl London has to deposit £25,000 deposit, and a draw will be made to decide the field.

It is essential to know that the Super High Roller Bowl London has a guaranteed prize of £12.25 million, and it will be played in just three days starting from Sept. 13.

Recently, partypoker Live also announced that it is prepared to sponsor both the Super High Roller Bowl London and the British Poker Open Festival. This announcement came after partypoker LIVE joined forces with the Triton Poker Series to host the biggest buy-in event in poker history this summer, with a buy-in of £1,050,000.

Furthermore, both events will likely have some players in Team partypoker to compete for the big prize. It is expected to some regular names in Super High Roller Bowl events such as Isaac Haxton and Jason Koon.

We shouldn’t rule out the fact that we may also see some other prominent players such as see recent Super High Roller Bowl China champion Justin Bonomo. Although Bonomo doesn’t have a lofty record in London, he may come to take the U.K by storm during this event.

In the bid to develop the marquee event outside Las Vegas, Poker Central President Sam Simmons said: “After our expansion of the Super High Roller Bowl into Asia two years ago, we were able to see how international audiences responded positively and the event’s prestige grew. Bringing the Super High Roller Bowl and first British Poker Open to London is another milestone in our mission to highlight more players, venues, and destinations from around the world through live tournament streaming on PokerGO.”

Terms and Conditions apply.
This offer is only for new customers who are at least 18 years old.
If you need some help with yor gambling pattern and if you feel
that something goes wrong, please visit begambleaware.com
By Lawrence Damilola|2020-07-27T18:35:10+02:00July 23rd, 2019|