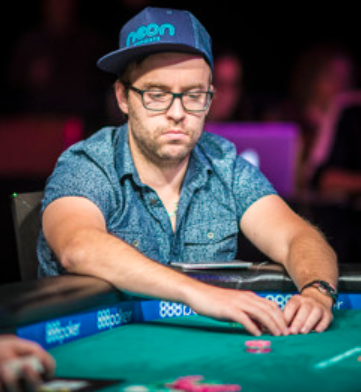 Robert Campbell is the leader

On the recent POY player of the year standings, there is a significant change as Robert Campbell now leads the chart after winning his second bracelet this year in Event #67: $10,000 Seven-Card Stud Hi-Lo Championship. He added this win to his earlier triumph on his previous success in Event #33: $1,500 Limit 2-7 Lowball Triple Draw. Campbell now has other cashes to his ranks; as a result, he now leads the POY race.

At the moment, this is the way the 2019 WSOP player of the year looks like at the time of writing:

Campbell’s earlier position in the standings was No.10, but he moved up to NO.1 after Tuesday’s triumph, thus beating Dan Zack who has been at NO.1.

It is necessary to know that Dan Zack was formally taking the lead after finishing 4th place last week in the Event #62: $10,000 Razz Championship, making it his third final table and his 11th cash at WSOP.

On the No.4 place is last year’s WSOP POY winner Shaun Deeb, who is enjoying a series of success recently. With a 5th place finish in the Poker Players Championship, we may see more action from him – probably.

Anthony Zinno takes the No. 5 spot this week after receiving his second bracelet through a win in Event #60: $1,500 Pot-Limit Omaha Hi-Lo after reaching third in Event #57: $1,000 Tag Team No-Limit Hold’em. Zinno cashed-in lots of times this summer, which made him earn more POY points.

Scott Clements has made significant success after winning six times this summer, and three of those wins came from final tables, which also included a win in Event #10: $1,500 Dealer’s Choice, even making him earn good POY points to put him on No.6 spot.

Jason Gooch takes the No.7 spot after winning Event #55: $1,000 WSOP.com Online Double Stack No-Limit Hold’em. For the moment, Rick Alvarado won on Wednesday night won Event #64: $888 Crazy Eights No-Limit Hold’em to get his first career bracelet and move up to No. 8.

The former winner of the 2017 WSOP POY Chris Ferguson is placed at NO.10. It is necessary to know that Fergusson has the most cashes this year with sixteen.

Terms and Conditions apply.
This offer is only for new customers who are at least 18 years old.
If you need some help with yor gambling pattern and if you feel
that something goes wrong, please visit begambleaware.com
By Lawrence Damilola|2019-07-09T23:54:53+02:00July 5th, 2019|