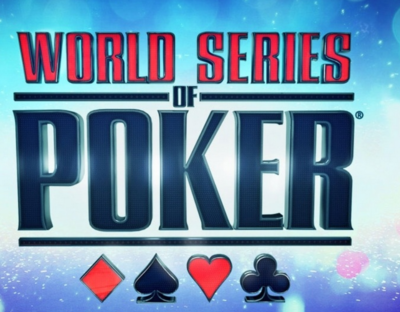 The WSOP First Fifty Honors Gala was a breathtaking event, and it was done in conjunction with the World Series of Poker’s special 50th annual celebration in 2019. This remarkable event also involved giving the award to great poker players that made a great impact and were successful in WSOP over the years. Doyle Brunson, Phil Hellmuth, Chris Moneymaker, and Daniel Negreanu Nominated the Most Important Players WSOP History

About seven categories of the award were voted on by the public from the May 15 to June 15. In this time-frame, lots of people gave their votes and no doubts, there were familiar faces who won some of the categories. WSOP also released the list “Top 50 Greatest Poker Players” in history before the honors gala.

A great player honored at the gala with three awards was Daniel Negreanu. He has been a player winning almost all WSOP series every summer. It is necessary to know that Negreanu is now second only to Justin Bonomo on Poker’s all-time money list with more than $40 million in live tournament earnings to his credit. Negreanu also got an award for the “Best Overall WSOP Performance (Single Year)” for the two bracelets he won and the four final tables he reached in 2013.

That didn’t stop there. Daniel Negreanu was also nominated as the “Fan Favorite.” He continues his quest for more victories this summer and to add more to his $17.4 million in WSOP total earnings.

One of the most entertain poker players of all time is Phil Hellmuth. He also included in the award category: “Four Most Important Players in WSOP History.” Hellmuth also took the honors of being “WSOP’s Favorite Bad Boy.”

Hellumth is an all-time winner in WSOP events, with a total of $14.6 million in WSOP earnings.

The name “Chris MoneyMaker” always rings a bell anytime the poker boom that followed the 2003 WSOP Event is mentioned. MoneyMaker is one of the most prominent players in the history of WSOP. MoneyMaker won the award for “Most Impressive WSOP Main Event Win” and was among the “Four Most Important Players in WSOP History,” plus Doyle Brunson, Phil Hellmuth, and Daniel Negreanu.

Doyle Brunson, often regarded as “The Godfather of Poker,” who also won the award of “Four Most Important Players in WSOP History,” graced the event. It is also necessary to note that the ten-time bracelet winner was inducted into the Poker Hall of Fame in 1988, with a total of $3 million in WSOP earnings in his poker career.

In the closing of the event, Ty Stewart, the Executive Director of WSOP stated: “We are appreciative for all who came out tonight to help us mark this special milestone and pay homage to the founders of the WSOP and all those who played a role in blazing a trail to where we are today. It was a tremendous evening, and we congratulate all the winners and for all those that came out to support them.”

Terms and Conditions apply.
This offer is only for new customers who are at least 18 years old.
If you need some help with yor gambling pattern and if you feel
that something goes wrong, please visit begambleaware.com
By Lawrence Damilola|2019-07-02T18:48:40+02:00July 2nd, 2019|