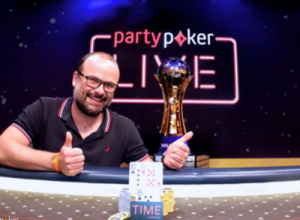 Lukas Zaskodny is the winner

Lukas Zaskodny recently won the 2019 partypoker LIVE MILLIONS Europe Main Event with the buy-in of €10,300. The remarkable player won a field of 504 players in the Main Event to take home €906,770 as prize money. Zaskondy defeated Josef Snejberg in the heads up duel. Snejberg settled at the 2nd position and also took home €718,230 as prize money. On the 3rd place was the French player Romain Lewis; he took home €428,000 as the cash prize.

The final table of the event consisted of 8 players in which all of them competed for the grand prize. The eliminations during the final play were surprising.  Zaskodny said this after he won the Main Event: “We were playing for a lot of money, and the pay jumps were quite huge. Even though the table is quite shallow, I understand that nobody wants to be eliminated.”

Zaskodny also stated he and Snejberg were great pals: “One month ago we had a groundbreaking with my garden. And we were talking and saying that we’ve never played heads-up together, even though we’ve played together many years. So one month after that, we got heads up.”

The highlight of The Final Table

The final table had so much action. Charlie Carrel ran the early part of the final table as the chip leader after he dominated Day 3 of the event. He went on playing on the same level to beat Rastislav Paleta in eighth place (€100,000). Carrel couldn’t maintain the same high intensity of play and couldn’t win a single hand after beating Paleta. After losing every single hand, he got the 7th place to take home €130,000.

partypoker pro Roberto Romanello made a good start during Day 3 of the event, but he was placed in the 6th place to take home €170,000.

On the 5th place was Sam Grafton. He was one of the chip leaders during the final table of the event, but he went home with €220,000.

Severin Schleser (4th – €300,000) and Romain Lewis (3rd – €428,000), who were players to make it to through the partypoker client, made their debut at the Kings Resort for the first time in the Day 3 series. Schelser was eligible for the tournament through an online satellite on partypoker with a buy-in that’s lesser than the      €10,300 most players paid.

Romain Lewis finished 3rd place and won €428,000 as cash prize. The heads-up match began between the two close:  Zaskodny and Snejberg. Both players made an agreement that they will finish playing for €100,000. Snejberg already secured €718,230 and finished 2nd place. Zaskodny, who already got the chip lead, beat Snejberg to take home the grand prize of €906,770.

Terms and Conditions apply.
This offer is only for new customers who are at least 18 years old.
If you need some help with yor gambling pattern and if you feel
that something goes wrong, please visit begambleaware.com
By Lawrence Damilola|2019-08-22T14:07:28+02:00August 22nd, 2019|