The winners and losers of the poker year 2019 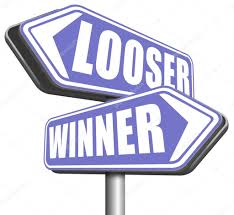 A long and exciting poker year 2019 is coming to an end shortly, and we’ll take a look at which poker rooms are among the winners and which ones are the losers. Like every year, the scene is highly contested, and all operators are tempting players from around the world, with great promotions, new varieties, and Rakeback deals. Every customer is essential, but the choice as a player is just huge; you play as a player where it is most profitable and comfortable.

If you look at the whole development, there is a clear winner, and that is the GG Poker Network. There are many positive things to report about the GG network. State-Of-The-Art software that runs stably on Windows, Mac, or even on the mobile phone, some unique features that you will not find anywhere else, great promotions and Rakeback offers, and a significant player base with lots of fish from all over the world.

If you look at the numbers of players in the cash game, it is evident that the GG Network is the third most reliable player on the global poker market. Suppliers such as the iPoker network, Microgaming (MPN), or Unibet have lost track of their length, and PartyPoker and Bwin have long been suspended. When it comes to Texas Holdem or Pot Limit Omaha, the providers from the GG Network are a perfect choice.

But PartyPoker and Bwin, which form a network, are definitely among the winners in 2019, although not as much as GG. In the field of tournament poker, PokerStars is in a strong competition in terms of MTT and the spins with partypoker and Bwin. For tournament players, PartyPoker / Bwin counts as the best alternative after Stars. As far as the number of players is concerned, not much has happened in 2019and the numbers are stagnating. This is not due to the bad offer of PartyPoker, but its promotions are acceptable. There is an excellent Rakeback program, and the software is exceptional. This is because the GG Network is just incredibly strong and it attracts many players there.

The poker providers from partypoker/Bwin also attach great importance to keep the tables fair and especially against bots is specifically targeted which is very well received in the scene. It is fully justified that both providers are among the winners in 2019, as they did an excellent job and offer players a right product. Partypoker/ Bwin also has the potential to compete with PokerStars – not overnight but in the next 1-3 years.

Where there are winners, there are also losers. One of the biggest losers is PokerStars. Of course, the place in the sun is still safe for stars, but it’s happening. Alone this year, Stars lost nearly 1,000 average cash game players. One of the main reasons is undoubtedly the zero Rakeback strategy and some other changes. The downtrend began in 2018 already, and we do not expect that it will be better soon. PokerStars benefits from an incredibly high level of publicity and the name, but whether that’s enough for the future in this business policy is still questionable.

Other losers are iPoker and also the Microgaming network. Especially at Microgaming, it is a shame because the network was very popular with many players, and the product itself was quite neat, but it was in the last years after the removal of Unibet.  The tournament poker and SNG area are as good as dead, and at the cash game tables you will find even at peak times reasonably regular traffic on the low and mid-stakes. Due to the negative development, it was decided recently that the Microgaming network will close its doors sometime in mid-2020. The providers of the MPN network will have to look for a new home, and there are at least some huge names like Betsson or Betsafe.

As far as the iPoker network is concerned, it’s no surprise that the trend is further down. The days when you were still the number 3 in the world are long gone, and meanwhile, you make it in spite of scarcely 20 skins with trouble in the top 10 in terms of the number of cash game players. The MTT offer, as well as the action in the Sit & Go tournaments, is still excellent and a real alternative for players, which is also the main reason why the network is doing so well. In the past few years, one has made wrong decisions, and too much is still being done against the bot problem. It would almost be a miracle if the iPoker network would recover next year and get its curve up.

Terms and Conditions apply.
This offer is only for new customers who are at least 18 years old.
If you need some help with yor gambling pattern and if you feel
that something goes wrong, please visit begambleaware.com
By Daniel Berger|2019-11-03T13:45:41+01:00October 31st, 2019|