If you’re a fan of the Power-Up poker format at PokerStars, we have some bad news for you. The most popular poker room decided to abandon its unique project. Power-Up will be removed from the PokerStars lobby very soon.

“The poker room decided to remove Power-Up from the game client. Designed to bridge the gap between poker and video games, the format has attracted strong and loyal followers,” said the Poker Industry PRO insider news platform. The exact date for Power Up removal from the PokerStars lobby is currently unknown.

The Power Up was first introduced to the public in February 2017. The development and testing of the format have been going on for several years since 2013. In October 2017, PokerStars team made it possible to play Power Up for real money.

Power Up is very similar to Sit & Go tournaments. This poker format has a lot in common with Spin & Go tournaments, but there is no jackpot in it. A unique game is a presence of “power cards” that can be used to change the strength of the hand. 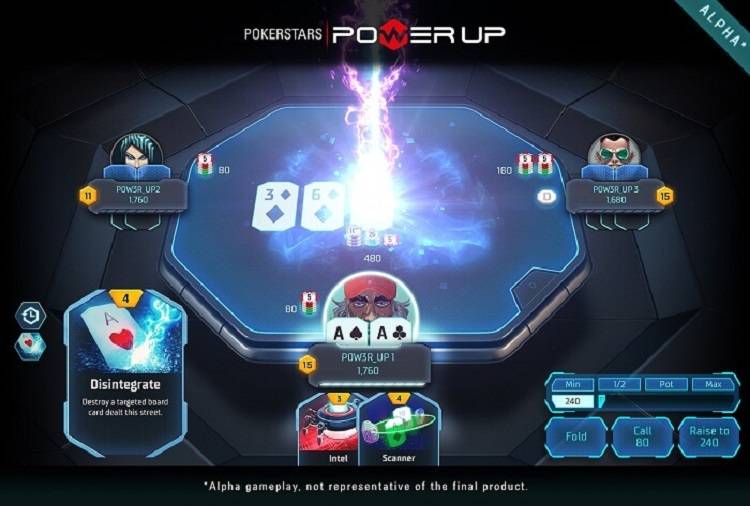 Creating the Power-Up project has become a very expensive project for PokerStars. It was expected that this unique format would combine poker and e-sports, as well as attract new players.

Are you tired of all the changes and want to leave PokerStars?

There are numerous alternatives to get a decent Rakeback deal and also meet enough players. Even though you play Texas Holdem or Pot Limit Omaha, spins or MTTs. We are happy to help you to choose the perfect site to play and offer a very exclusive Rakeback deal. Just get in touch with us.

Terms and Conditions apply.
This offer is only for new customers who are at least 18 years old.
If you need some help with yor gambling pattern and if you feel
that something goes wrong, please visit begambleaware.com
By Marina Taylor|2019-11-14T07:28:51+01:00November 13th, 2019|