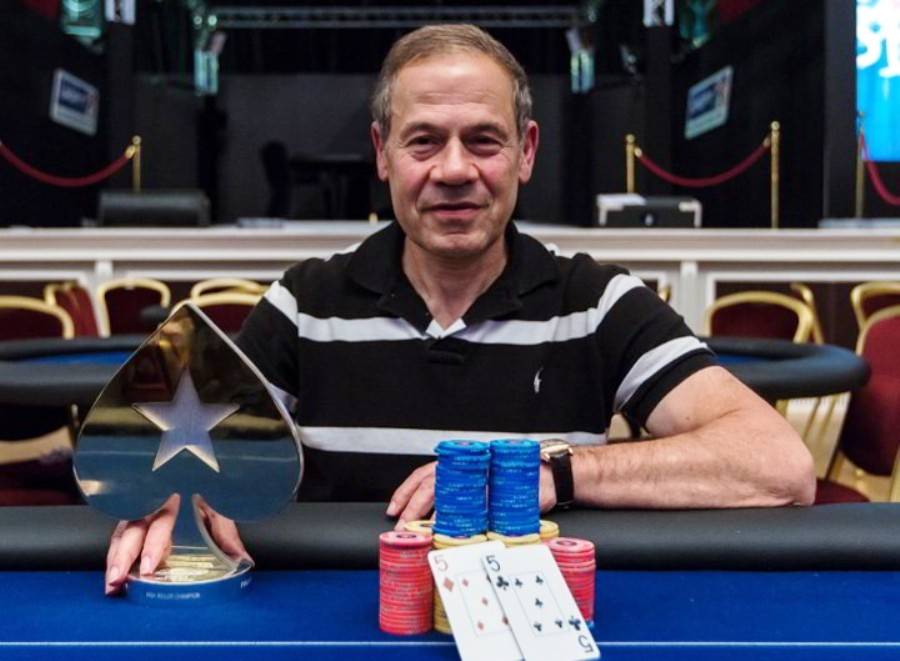 As it was recently reported, Isai Scheinberg the 73-Years old PokerStars founder was met by federal authorities on January, 17th upon entering New York from Switzerland a week ago. Later he was taken into custody.

Isai Scheinberg stands charged with a number of gambling and financial crimes including money laundering along with bank fraud. According to Forbes magazine, that same day, he pleaded not guilty to all three charges and was released on $1 million bail. At the same time, Scheinberg surrendered his passport and agreed to limit his movements to several USA States.

As it turned out all the charges arose from times that were dubbed as «Black Friday» for the online poker industry.

In 2001 Isai with his son, Mark started a project that is now the world`s largest online poker room. First, the main office was registered in Costa Rica and some time later, they moved to a new headquarters on the Isle of Man.

Everything went fine until a new federal gambling law came into force in 2006. In the same year, Congress passed the Anti-Gambling Online Gambling Act (UIGEA), which directly criminalizes offshore poker sites. PokerStars founder refused to leave the USA market for which he had been charged. As a result of it, PokerStars website was temporarily closed.

“Foreign companies that choose to work in the United States cannot freely ignore laws that they don’t like,” said Prith Bharara, an American lawyer who initially charged.

In total Bharara accused 11 men of gambling-related crimes, and Scheinberg is the last of the group. The rest, including former Full Tilt Poker executives, pleaded guilty. In 2011, when the U.S. government seized the domain names and funds for the big online poker providers, Full Tilt Poker was the main PokerStars’ competitor. As appeared later, Full Tilt Poker was insolvent and was not able to repay its players.

Although Scheinberg’s company cooperated with the U.S. government to facilitate a deal that would allow his company to acquire Full Tilt and payback many American players, he preferred to keep standing outside U.S. borders that helped him continued to evade U.S. law enforcement.

A few months ago, American authorities began extradition proceedings with the Swiss government, while Scheinberg had been staying in Switzerland.  Primarily, Scheinberg tried to resist the extradition process but later he decided to come to USA by himself to face the charges.

Thanks to his voluntary surrender it is unlikely that he might be imprisoned. According to Forbes, federal prosecutor Olga Zverovich stated that the US government together with Scheinberg have been discussing the issue for a while.

“We have an agreement in principle on the basic terms,” said Zverovich.

After being charged in 2011, the company was captured by Scheinberg’s son Mark. Three years later, he sold it to Amaya for $ 4.9 billion. The company is currently the only operator in Pennsylvania, which legalized online poker in 2017 but didn’t launch until two years later.

The USA vs. Scheinberg

Scheinberg apparently committed a crime by offering online poker in the United States. Although such operations may have existed for some time in the legal zone, however, the UIGEA enforcement left not a single chance for an alternative interpretation. PokerStars clearly violated federal law by continuing to serve customers in the United States after that.

However, the poker community supports Scheinberg and his vision of the PokerStars movement.

Perhaps no company other than the World Series of Poker has done more to develop the poker game, and Scheinberg deserves a fair share in this. During the times of “unregulated” online poker attendance at the WSOP, the main event grew from less than 700 players to more than 7,000 – thanks in large part to PokerStars selectors.

After all, Scheinberg additionally took on the role of a white knight for the US poker economy in the hard times after Black Friday. As part of the agreement with the federal government, PokerStars agreed to pay hundreds of millions of debts of Full Tilt to its customers.

The Scheinbergs eventually sold their empire in 2014 for nearly $ 5 billion.

Terms and Conditions apply.
This offer is only for new customers who are at least 18 years old.
If you need some help with yor gambling pattern and if you feel
that something goes wrong, please visit begambleaware.com
By Marina Taylor|2020-01-27T14:52:06+01:00January 27th, 2020|