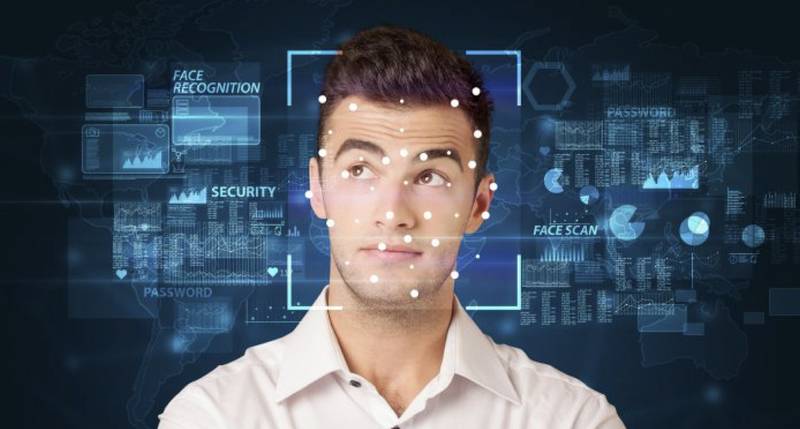 Rob Yong, the key reformer of partypoker, believes his poker room has two main issues: poor software and inadequate security. The problem-solving tool proposed by him for the second issue is rather radical to oblige all users to login using face recognition on a webcam.

Get it over with bots and ghosting

However, do not rush to panic or run to the store for a webcam. On January 30, Rob Jong just shared his plans on Twitter:

I am going to ask @partypoker to implement Facial Recognition on Sign in [+ randomly when ITM/Final Tables + Higher Stakes Cash Games to 1) stop cheaters/bots opening/buying new accounts 2) stop multi – accounting 3] Stop ghosting – Do you support this ?

*Ghosting: A situation where a player transfers his account to another more qualified player. In the majority of cases, this case appears at the final table stage of a major tournament.

*Multiaccounting: A scheme when a person has several accounts in one poker room, which allows him to take an unfair advantage over his opponents when they think that they are playing against someone else.

Needless to say, that the face recognition initiative was supported by the vast majority of the 5460 Rob Yong subscribers surveyed – 85% voted for implementing the system. The discussion also revealed the fact that if partypoker will decide to implement the web recognition system, it might be done only with a preliminary warning of 3 months.

Next, you will find some potential problems or questions about the face recognition system that might arise, as well as the answers to them on behalf of Rob Young.

I don’t have a webcam – Go and buy, says Rob Yong. You won’t be able to log in without it. All modern cell phones and laptops have built-in cameras. additionally, perhaps partypoker will release branded webcams.

It is unlikely that anyone will want to buy a webcam specifically for the game at partypoker. Many players will simply leave the room – Yong realizes that the poker room will lose some of the players who play from computers and do not have a webcam. In fact, these measures would bring even more people who will be happy to play in a really safe environment.

Why not bind a partypoker account by phone number and login via SMS? – It might be too slow. With a face recognition system, the login process will be even faster rather than with a password.

What about personal data protection law? How will this system work within its framework? – It will work the same as all other services with an implemented face recognition system. Poker rooms do not implement it only because of the fear of losing profits, says Rob Yong.

The face recognition system will not prohibit me from hosting for 100%. During the final, I can still be on the phone with a professional friend and get advised – Yes, the system is not perfect, but this is not a reason to refuse it.

What if my webcam breaks during the final table check? How can I prove that I am an honest player? – Most likely, in such cases, we will use banking practice by calling you on the phone.

When will be the random face recognition test during the final table? – Only when the player is out of hand.

The active discussion on Twitter has been risen around the face recognition technology; the vast majority of players subscribed to Rob Young shared that opinion that they would be happy with such changes.

“Great idea, Rob! For us, ordinary players, such a system will help a lot and soon it will become a golden standard of the gaming industry.” 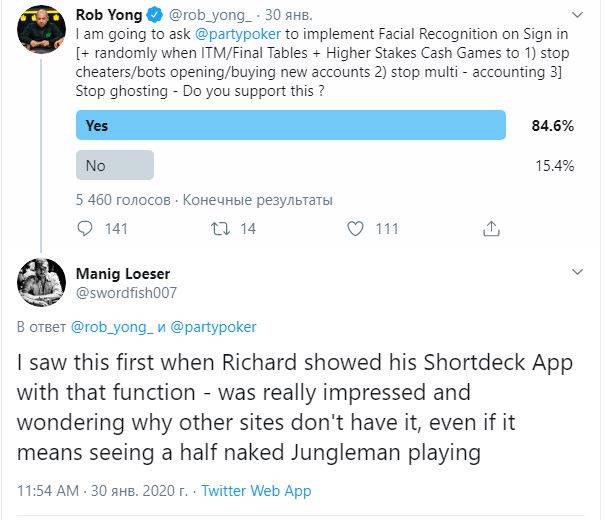 Some users did not miss the chance to remark that Yong is “fighting in the wrong direction.” They consider that first of all, partypoker requires a serious software update to avoid situations when players are thrown out of the room. 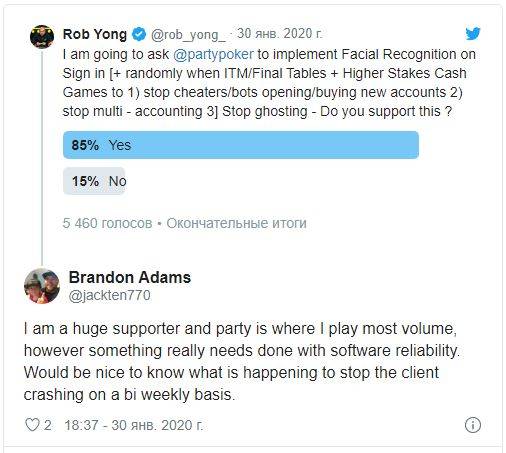 Some players offered partypoker to think about prohibiting people from using real-time solvers, especially at high limits, than to conduct identity checks on a webcam.

As a result, the topic resonated at least among Twitter users and potentially in 2020 the game at partypoker will never be the same. Share with us your opinion in the comments; will you feel “safe” if each user will pass a face recognition test at the login stage?

Sign up right now and receive an 100% up to 500$ welcome bonus, enjoy our exclusive promotions, private tournaments and rakeback deals.

Terms and Conditions apply.
This offer is only for new customers who are at least 18 years old.
If you need some help with yor gambling pattern and if you feel
that something goes wrong, please visit begambleaware.com
By Marina Taylor|2020-02-06T07:34:43+01:00February 4th, 2020|