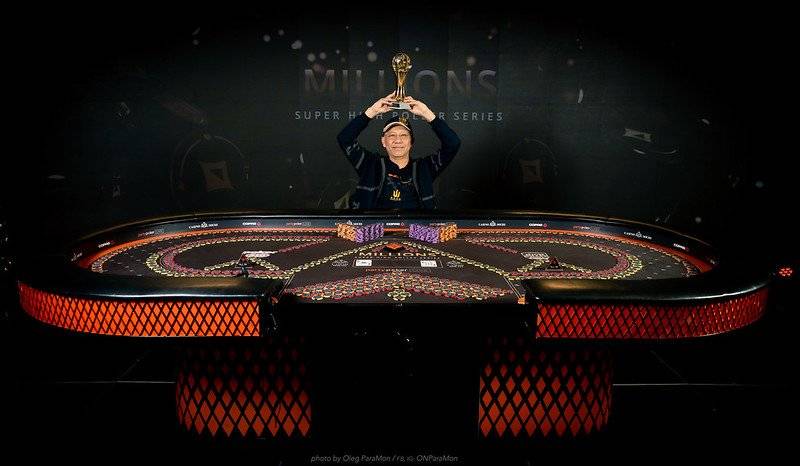 The Super High Roller event gathered 42 poker pros from all over the globe under the same roof and guaranteed $ 4 200 000 in total. There were 6 prize places in the tournament with the minimum payout of $252, 000.

The champion of the event became a Malaysian poker player, well-known in the poker field among poker society, who received $1 520 000 for the first place. For Paul, this is the third final table he reached at the partypoker LIVE MILLIONS Super High Roller in Sochi.

Throughout his poker carrier, Paul Phua earned over $18.7 million in LIVE tournaments, however, the last triumph is the biggest cash prize ever in his poker career.

At the final table, Phua battled with the Matthias Eibinge, an experienced player from Austria. Matthias didn`t have many chances as Paul had a considerable advantage in chips (6 135 000 against 2 265 000) after making his compatriot Chin Wei Lim out of the game.

In the final hand, the Triton Poker owner raised at every street with A-8 until Ebinger went all-in with 10-8 on the river. The board was A-9-8-K-6. While Matthias Eibinge expected his opponent to bluff, it appeared that Paul collected two pairs, which ensured his victory in this event. For the second place, Matthias Eibinger was awarded $1 008 000.

Don’t waste any time and get an exclusive 100% up to $ 500 welcome bonus by signing up via YourPokerDream. You also enjoy our exclusive promotions, private tournaments and rakeback deals.

Terms and Conditions apply.
This offer is only for new customers who are at least 18 years old.
If you need some help with yor gambling pattern and if you feel
that something goes wrong, please visit begambleaware.com
By Marina Taylor|2020-03-16T10:51:58+01:00March 16th, 2020|