The Stars Group reduces jobs and its support system gets worse 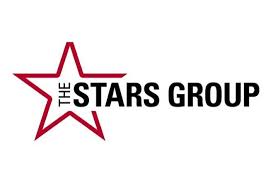 Another negative news on the industry leader: PokerStars

In recent weeks, there have been numerous reports from poker players that had their PokerStars accounts blocked. According to reports, feedback from PokerStars is getting worse and slow; many players don’t know what’s going on behind the scene. PokerStars is known for its excellent customer service, fast payouts, super-quick responses and a highly qualified team of employees, but it seems these standards are going down the drain.

The development in PokerStars in recent years has been poor and it seems they don’t really care much about their loyal customers anymore. PokerStars still holds the first place on the online poker market, but thinking that it is inviolable would be a big mistake. Other poker providers like PartyPoker and GGPoker Network trail PokerStars and might overtake if care is not taken.

According to a report by the Irish Times, just under 20% of jobs in the Dublin office have been cut in the past few months. Numerous jobs at the Isle of Man, Malta, Costa Rica, and London locations were cut last year. The Stars Group (also PokerStars) now wants to focus more on locations such as Bulgaria and India because the costs for employees there are much cheaper. Nobody seems to be very interested in the fact that it all affects quality.

Increasing rake, 0% Rakeback policy, job cuts among employees and many other negative things are the sad realities at PokerStars. There are doubts if its business policy will pay off in the end.

There are plenty of alternatives to PokerStars

There is certainly no shortage of alternatives. Numerous players have already turned their backs on stars and if you are also dissatisfied and want to try something new, we have a few recommendations here.

The GG network, in particular, is growing rapidly and is a top choice thanks to its soft player-field with many “fish” from Asia, the fantastic Rakeback deal, great promotions, and super modern software. Additionally, there is a lot of action at all limits. Take a look at our GG partners: BestPoker, GGPoker or Natural8 and get a very exclusive VIP Rakeback deal from us.

Terms and Conditions apply.
This offer is only for new customers who are at least 18 years old.
If you need some help with yor gambling pattern and if you feel
that something goes wrong, please visit begambleaware.com
By YPD|2020-03-05T19:41:42+01:00March 5th, 2020|