Unibet does everything right and wrong at the same time 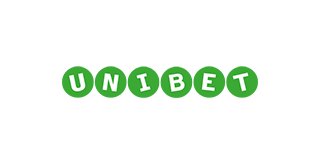 Unibet has the right approach, but that’s where it ends

Our partner Unibet is definitely our problem child and is by far our weakest partner. We don’t have fewer players at any provider. This is partly due to the fact that we have never really actively promoted Unibet, the tracking link has not worked for a long time, various problems, and many little things that do not really make our lives easy.

Unibet itself is not a bad provider. Its player-field is one of the softest on the market, and you will find many casual players there. Of course you can’t compare Unibet with the big names like PartyPoker or the GGPoker Network, but roughly they are the same as the ipoker network.

Now we want to go into the philosophy of Unibet in this article.

Unibet follows a very strict strategy and no players are subsequently tracked under another affiliate, even if they have been inactive for 5 years. At first glance, this rule is perfectly fine. But if you think about it logically and from a business perspective, it doesn’t really make sense, Unibet harms itself.

There should be a clear regulation that also exists with various other providers, that a player can, if he so wishes, be linked to another affiliate if he has been inactive for 1-2 years. So you would have clear rules for everyone and nobody would complain. We have had numerous requests from players who started playing at Unibet again after so many years, but Unibet had refused to link the players to us afterwards. That wasn’t a problem for us, we simply recommended the player to one of our other partners and it is good. Unibet is losing a player and not us. The decision is therefore not understandable from a business point of view.

Unibet has a kind of VIP system where players can get some rakeback. However, this is super complicated and very difficult for many players to understand, and is much worse than that of their competitors. Sure, Unibet focuses on casual gamers, but their VIP system is not easy to understand.

In our opinion, Unibet does far too little to attract professional players; as already mentioned, its VIP program should be made a little more understandable and easier.

Accounts are blocked incredibly quickly without any explanation

The Unibet security department is known to block players’ account without giving a reason. We recently had three players who created a new player account with Unibet and the account was immediately blocked. Nobody knows why this happened and the players only got a standard answer that it was decided.

It is interesting that we asked the players explicitly whether they already had a player account with Unibet, or there were problems and all players clearly said no. In one case, the player already had an account with Unibet, which of course uses the same IP and the same address, but that cannot be a reason to block the player’s account directly. Nobody knows whether this was the reason in this case. Actually, there can be no reason to block a player’s account.

The problem is that the player doesn’t really get any information and therefore, you don’t even know where the problem is. That doesn’t make it easier, of course.

Register via YourPokerDream and enjoy a very nice welcome bonus as well as our exclusive Unibet Rake Chase to get some extra rakeback.

Terms and Conditions apply.
This offer is only for new customers who are at least 18 years old.
If you need some help with yor gambling pattern and if you feel
that something goes wrong, please visit begambleaware.com
By YPD|2020-03-18T13:07:29+01:00March 18th, 2020|