Partypoker ambassador found out a strange player activity at PokerStars 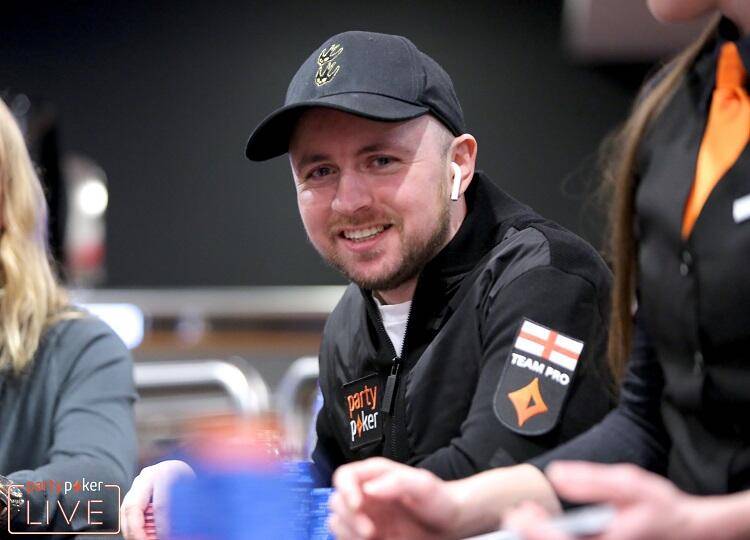 You’ve registered in the tournament in advance, but forgot about it, and in the end, you found yourself in a sit-out. Or imagine the situation when you need to pause your tournament game, and after a while, your place at the table also goes into sit-out.

It looks like such situations are quite common for every online player. However, it is strange when the same poker player goes into a sit-out until the end of the event with an expensive buy-in. Such a player at PokerStars was noticed by Patrick Leonard.

The suspicious player with the nickname “Saturnas00”

The player with the nickname “Saturnas00” at PokerStars was first noticed by Patrick Leonard, PartyPoker ambassador. Over the past few days, Patrick was keeping an eye at Saturnas00. 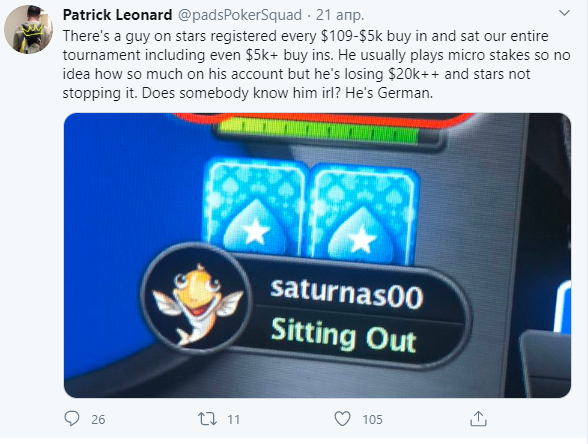 “There’s a guy on stars registered every $109-$5k buy in and sat our entire tournament including even $5k+ buy ins. He usually plays micro stakes so no idea how so much on his account but he’s losing $20k++ and stars not stopping it. Does somebody know him irl? He’s German.” posted in his Twitter Patrick Leonard.

Patrick continued to understand the strange behavior of this player and supposed that Saturnas00 did this for several days in a row, so the problem can not be explained by bad internet connection. Nevertheless, the player continues to register in various expensive events but does not play a single hand.

“This is very strange, I’m afraid that someone has logged into his account and makes deposits using a pre-linked bank card. It looks like a special drain of funds ”

“He was registered to the Super Tuesday but now unregistered, so hopefully PokerStars  fixed it. If you know him please try and tell him to check ASAP!” posted Partick.

The PartyPoker Ambassador contacted Melanie Moser, who is part of the PokerStars team, after which the poker room began to explore the additional information about this mysterious case.

Terms and Conditions apply.
This offer is only for new customers who are at least 18 years old.
If you need some help with yor gambling pattern and if you feel
that something goes wrong, please visit begambleaware.com
By Marina Taylor|2020-04-28T23:45:43+02:00April 28th, 2020|