The first two champions have been crowned in the inaugural World Series of Poker Super Circuit 2020 on the GG Network and several Natural8 players have made a deep run to boost their bankrolls and one of them can look forward to another special treat.

It took nearly 13 hours to determine a champion in Event #1 Covid Charity, which came with a buy-in of $1,111. A huge field of 1,595 entries emerged and eight different nationalities were represented among the final eight players. 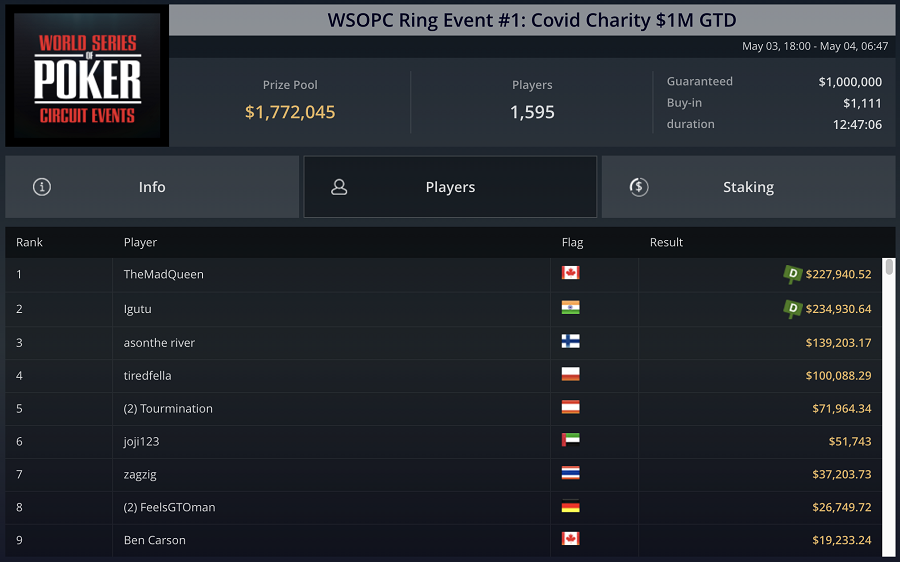 Canada’s “TheMadQueen” and “Igutu” from India cut an ICM deal in heads-up with the former then taking down the tournament and claiming the WSOP Circuit Ring. Both Natural8 players had a shot at the exclusive “Vegas Baby!” package worth $15,000 to take part in the WSOP Main Event for free and it was “TheMadQueen” that became the first of five possible winners for this amazing promotion. The final two players cut an ICM deal and “Igutu” as the chip leader earned $234,930.64 while “TheMadQueen” scored a payday of $227,940.52.

Another three Natural8 players reached the final 10, though Canada’s “Ben Carson” never got to sit down and battle for the title as he was eliminated on the bubble at the same time as “M0nkey D Luffy” on the other table and received the pay jump for $19,233. “FeelsGTOman”, a member of the Academy Team at NLG, secured a payday of $26,750 for his 8th place finish when he came up short with King-Four suited against the King-Five of “tiredfella”. “zagzig” from Thailand followed in 7th place for $37,204 as he lost a flip with pocket treys versus Ace-Jack 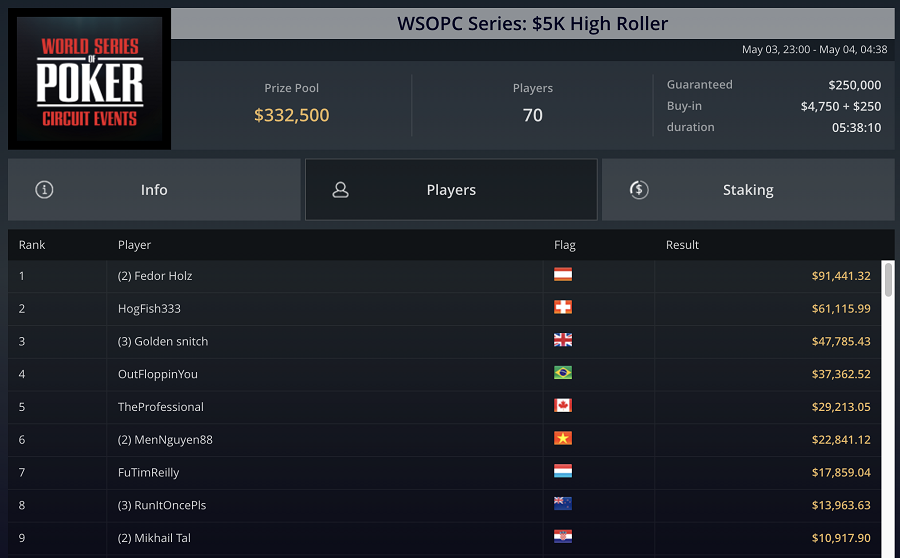 Several other tournaments are running as part of the entire schedule and newly-announced GG Poker ambassador Fedor Holz was no slouch at the tables. Right away, he secured one victory and recorded another three cashes in high stakes tournaments for a combined total of more than $187,000. He topped a field of 70 entries in a WSOPC Series $5,000 High Rollers for $91,441.32 and the 4th place in a $10,000 High Roller was worth another $88,890.91. 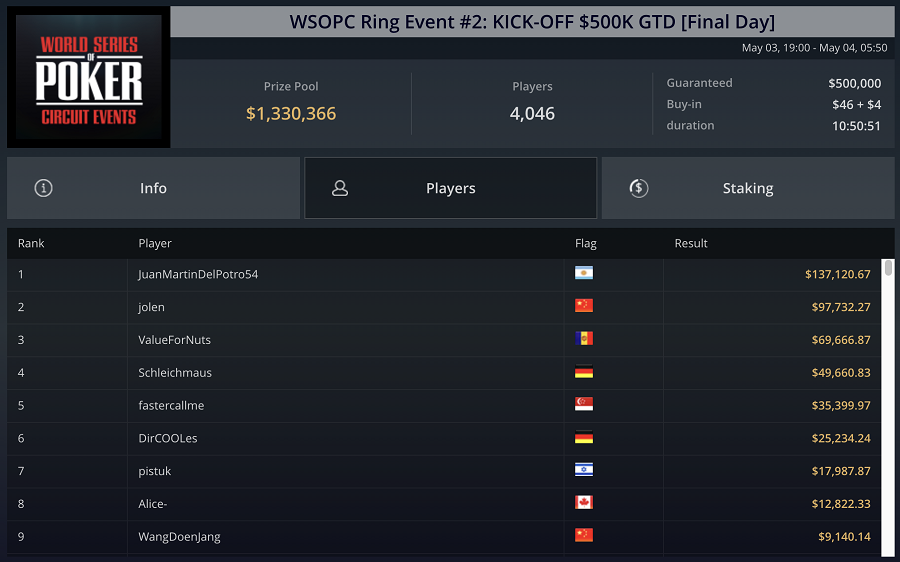 Once again, seven different nationalities among the nine finalists made for an international showdown and Germany’s “Schleichmaus” was the only Natural8 player among them. He finished in 4th place for $49,660.83 and also scored an additional $388 as part of the daily $10,000 leaderboard for DACH players.

Whether or not Juan Martin del Potro, a professional tennis player from Argentina, has moved his current priorities to online poker is currently unknown, but the alias of the second WSOP Circuit Ring winner resembles that. “JuanMartinDelPotro54” defeated China’s “jolen” in heads-up to claim a top prize of $137,120.67.

The next chance for poker players from all over the world to win one of the elusive WSOP Circuit Rings awaits today, May 5th 2020. Event #3 Deepstack Bounty Hunters come with a buy-in of $210 and a guaranteed prize pool of $500,000. 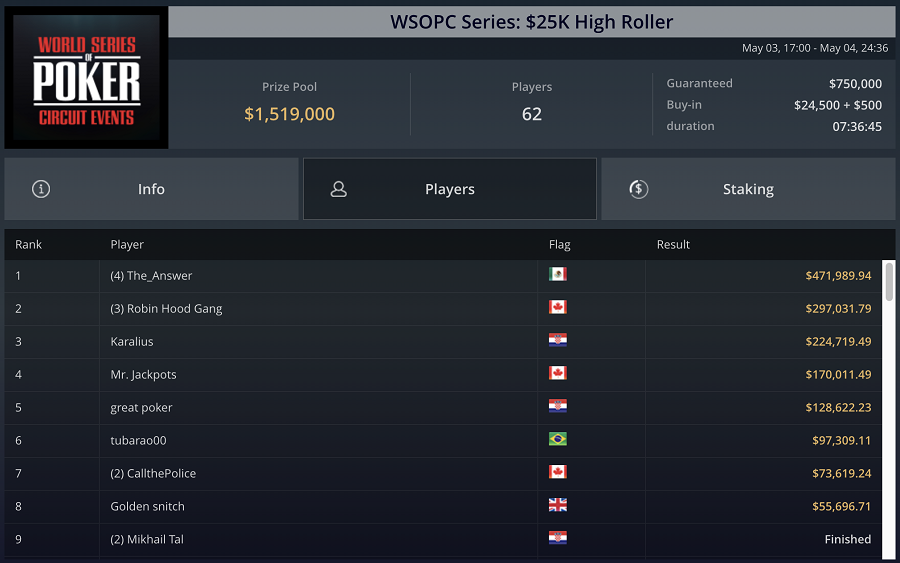 WSOP “Vegas Baby!”: The first 5 players on Natural8 to win a WSOP Circuit Ring in the WSOP Super Circuit Online Series will win a $15,000 package to Las Vegas.

WSOP Super Circuit Hero: Be the first to turn $1 into a Circuit Ring to claim the title of Hero and a $500,000 Ambassador Package which includes a WSOP Las Vegas package.

Terms and Conditions apply.
This offer is only for new customers who are at least 18 years old.
If you need some help with yor gambling pattern and if you feel
that something goes wrong, please visit begambleaware.com
By YPD|2020-05-06T11:23:53+02:00May 6th, 2020|