Is iPoker network making a comeback? 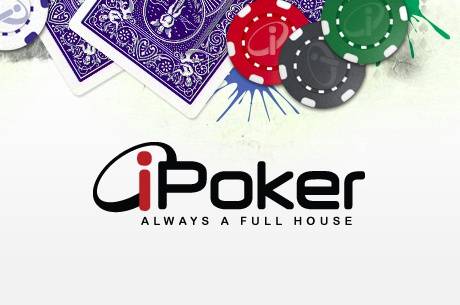 The iPoker network is growing a lot and expectations are high

iPoker is one of the biggest names in the scene and may face a small comeback. iPoker belongs to the well-known software manufacturer Playtech which was founded in 1999. In the meantime, however, the network has been quiet and its golden days are long gone. It has been going downhill steeply for several years, and players in the network now find themselves between the 10-15th place in terms of the current number of cash game players, according to pokerscout.com.

With so many potentials, it is very unfortunate that the number of players in the iPoker network has dropped drastically. The introduction of SBR 2015 gave iPoker the final push but it has now reached a sad 7-day average of only 900 cash game players. In this statistic, no SNG and tournament players are included, but even with these it is far from the golden age. The big names of the scene like PokerStars, GGPoker, and PartyPoker are already ahead in the poker world.

The reasons are simple: when it comes to support, transparency, bots, and Rakeback / promotions, other poker rooms are simply better. On the other hand, iPoker hasn’t improved in terms of these, but a comeback is more realistic than it has been for a long time.

The Microgaming (MPN) network closed its doors on May 19th, 2020. All the skins on the network needed a new home and, to the surprise of many, almost all iPoker players were on MPN. There are no doubts that iPoker is a big name; it has solid software, more perspectives, and possibilities than at MPN in the end, but there would have been far better alternatives. Especially the growth by the Betsson Group, which is an absolute big player in the industry, gives iPoker a nice push in terms of player numbers and at exactly the right moment. With all of the MPN skins, it is estimated that the number of players will initially increase by around 25%. Where there is action and full tables, there are also other new players.

But that’s not all, our partner BestPoker surprisingly announced that it will leave the GGPoker network this summer and will also join the iPoker family. This news also struck like a bomb.

Of course iPoker is a big name in the poker world; the software is still one of the best on the market and especially for regular players, the network is still a good choice because of the use of HUD and programs such as poker tracker and Holdem manager are allowed.

The problem is that iPoker has built up a reputation over the past few years that cannot disappear – and that is completely right. Far too little is done about the problem with the poker bots. Also, the SBR rake model, which has been around since 2015, is not transparent and this affects affiliates and the extra Rakeback for players. These are the two main reasons that are in the minds of many players.

As already mentioned, the number of players on iPoker is not particularly dependent on the limit and type of game, which also makes many prefer to play elsewhere. But this problem can be solved by the growth of many new skins, and if iPoker continues to develop all its segments. The fact that you can compete with the big poker providers is indeed more than unrealistic. It’s a different time, the big poker boom is over and other providers are just too far away. Nevertheless, it would be an advantage to place yourself in the upper midfield again.

Do you want to give iPoker a chance and see what’s going on there?

Register with one of our many iPoker partners and enjoy our exclusive promotions and the highest Rakeback deals.

Texas Holdem, Pot Limit Omaha, Short Deck Holdem, Spins, Sit & Go tournaments, MTTs, you will find everything you need as a poker player. The range of SNGs and spins, in particular, is very good at iPoker,

Terms and Conditions apply.
This offer is only for new customers who are at least 18 years old.
If you need some help with yor gambling pattern and if you feel
that something goes wrong, please visit begambleaware.com
By Daniel Berger|2022-07-25T12:29:51+02:00May 21st, 2020|