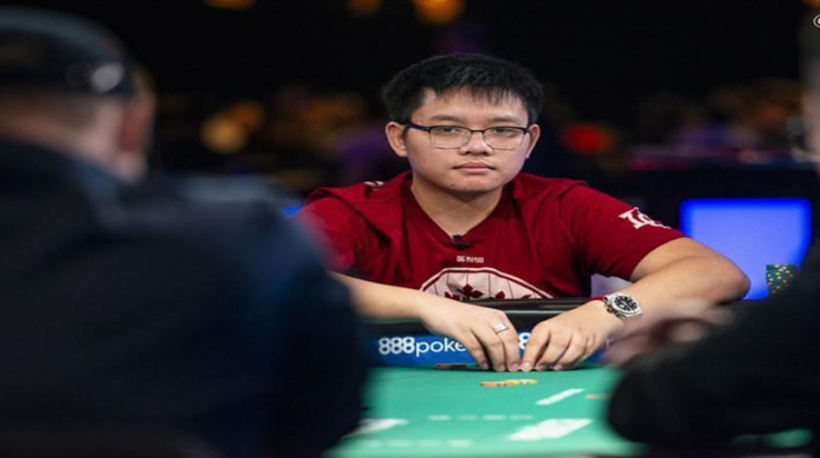 Natural8.com is proud to welcome poker pro Thai Ha as their new brand ambassador. Having already proven his skills on the live poker circuit, Thai Ha has cashed more than $2.3 million so far. Players can look forward to joining him on the tables in the ongoing APT Online Series and the WSOP Super Circuit Online Series 2020, both of which have smashed their guarantees to date.

“I am looking forward to playing the rest of the APT schedule, as well as all the WSOPC events. The $1,000 WSOP Super Circuit Series Main Event with $5 million guaranteed will be very exciting, but I will save my run good for the $25,000 High Roller Championship with $10 million guaranteed.”

Ha discovered poker when he was 19 years old and initially played for fun with dimes and quarters during college. He moved on to playing virtual tables to which he now returns on Natural8.com, and you can find him there under his moniker “Thai Ha”. Joining Natural8’s Team Hot roster, Ha has previously battled against several of his fellow ambassadors on the international poker circuit.

“So far, I have played against many of them, but mostly against Danny Tang and Michael Soyza during the MILLIONS Super High Roller Series in Sochi earlier this year. I have also played against Kitty Kuo during the WPT Five Diamond at the Bellagio. They are all friendly, fun to be around, and very good at poker. That was also part of why I wanted to join the team, so I can learn from my fellow ambassadors.”

There is one specific poker variant in which Ha has excelled in. Ever since Short Deck became popular thanks to the Triton Poker high stakes tournaments, Ha has specialized in that. He came close to winning a WSOP bracelet in the first two WSOP Short Deck events, in which he finished runner-up both times.

What makes Short Deck so fascinating for him?

“It has the most fun, fast, and addicting action. That being said, I still like No Limit Holdem tournaments and a mix of some Pot-Limit Omaha cash games,” Ha said. When playing online, Ha usually runs six tables of mid-stakes or four tables of higher stakes with buy-ins of more than $2,000. His home setup contains three connected screens and a gaming chair – the perfect combination for online grinding. This new Natural8 ambassador has already had the chance to play on the software for a while and appreciates the unique features it has to offer.

“The Natural8 software makes me feel more relaxed; it is more like playing a video game instead of poker. Being able to squeeze the river cards are fun as well, and the staking platform is also unique and easy to use. What gets me excited is the sound system, especially the all-in sound!”

Do you want to play against Thai Ha on Natural8.com?

Join Natural8 and from the gg network and sign up via YourPokerDream to enjoy a lot of exclusive extras receive extra rakeback through our fantastic exclusive promotions. Natural8 and the gg network is the perfect place for every kind of players. You find 247/ action at all variants and limits. It does not matter you play texas holdem, pot limit omaha, tournaments, or also the very famous spin & gold tournaments. You will be for sure happy and enjoy a very special online poker experience.