WSOP 10k NL Heads Up Tournament kicks off on GGPoker 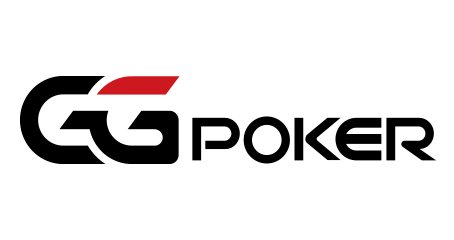 Heads-up poker is often thought of as the purest form of poker – just two players battling each other for in an all or nothing match. With a $10k buy-in and a coveted gold bracelet on the line, GG Poker drew some of the games best players to compete in the 128 player heads-up bracket style tournament.

With the tourney selling out days prior to its start time, and with nearly one in five entrants already being WSOP bracelet winners, players knew it would require a lot of skill – along with a little bit of luck – to be able to take down the $360k+ first place.

The action kicked off fast and furious with a battle of two WSOP bracelet winners producing one of the first eliminations of the tourney. Four-time bracelet winner, Dominik Nitsche, managed to bust Chris “Jesus” Ferguson when his full house ran into Nitsche’s quad sevens. The six-time bracelet winner was sent to the rails in second last place.

Popular Instagrammer – and self proclaimed “winningest all-time poker player” – Dan Bilzerian followed next to Mike Leah. Despite all of his supposed winnings in private poker games, Bilzerian continued his string of failures in the online poker world.

Tough road to victory for one finalist

Players would need five victories to make it to the end of Day 1 and earn the right to compete in next weeks’ final four tournament. One player who faced an incredibly tough bracket in Saturday’s action was British player Michael Zhang. To book his ticket to the final he had to beat two multiple WSOP bracelet winners, Erik Seidel and Daniel Negreanu – both members of the Poker Hall of Fame. Seidel was the first to go down as Zhang busted him in the round of 32. Next up was Negreanu who couldn’t draw his way to a flush with his seven-six suited spades. Zhang’s pair of Jacks held up to send the GG Poker Ambassador and six-time bracelet winner to the sidelines.

Two of the other finalists, Michael Addamo and David Peters, are both no strangers to the high stakes world. Adamo booked his ticket to the final with a bracket that included WPT and WSOP bracelet winner Bertrand “ElkY” Grospelier. The money went all in with ElkY holding Queens to Addamo’s Ace-King – a classic race that Addamo managed to win and knock out the former top-ranked Starcraft video game player.

Peters had the longest of the final heads-up matches of the day versus Stefan Burakov. After being crippled and down to just two big blinds, the Las Vegas pro staged a remarkable comeback to take down the match and continue his quest to double his bracelet count to two.

Twitch streamer among the final four

While the other three have a solid history playing high stakes poker, Alyssa MacDonald is the most interesting of the final four and one who will have a large number of railbirds for the final matches. Although she has only $6k in live cashes, MacDonald has a following as she regularly streams her online sessions on the Twitch streaming service. Having already beaten five of the game’s top players, MacDonald’s dream for a WSOP bracelet is well on its way.

Nerves are finally starting to settle and heat is returning back to my body to be able to say we made it into the final 4 in the $10k HU WSOP on @GGPokerOfficial!!! I am still speechless…this has gotta be an insane dream i'll surely wake from soon… wow..just. wow.😭🤯😭 pic.twitter.com/OUpvFpS8su

Tune in to GG Poker next Saturday at 2 p.m. EDT for the final set of matches to see who will be crowned the Heads-up champion. Or visit us the following Monday for a recap of the final action.

Sign up via YourPokerDream as an affiliate and enjoy a very special VIP Deal. Use the bonus code: YPD to make sure that your account is tagged to us, that you can enjoy our VIP deal.

Terms and Conditions apply.
This offer is only for new customers who are at least 18 years old.
If you need some help with yor gambling pattern and if you feel
that something goes wrong, please visit begambleaware.com
By Kitch|2020-08-10T13:01:12+02:00August 10th, 2020|