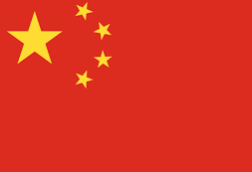 From now on, players from China are no longer allowed to play at PokerStars

The world’s largest poker room is withdrawing from the Chinese market after the PokerStars parent company tightened controls on its offerings in unregulated markets. Yesterday all poker players from China, Taiwan and Macau received the official email that PokerStars will stop offering from September 1st.

Another quick action without much notice. The email did not provide any further details and only provided the available payout options for the players concerned.

It is not surprising that Flutter Entertainment’s parent company, the parent company of PokerStars, announced that it would tighten control of the supply in unregulated gambling markets, including China. Well, the Chinese market is currently not a real loss for stars and only makes up a very small part of the player pool, but due to the size of China, the country is traded as an insider tip that could trigger a second poker boom.

It is very possible that PokerStars will be saying goodbye to more gray markets in the near future.

The GG Network will have received the news with a laugh as the Asian market makes up a major part of the player base. The Asian market is also the main reason why GG was able to grow in such a short time and how the rest of the world became aware of the network in the first place.

So it can be assumed that GGPoker will get another boost in terms of player numbers. At the moment there is a 7-day average of 3,400 cash game players. All the SNG and tournament players are of course not yet included here.

Should PokerStars exclude other countries from playing, GGPoker will be the clear winner here too. The alternatives are very limited, especially now in the summer time, if you are looking for a provider with decent rakeback, great promotions and enough players on all limits.

So why not try it yourself and register in the GG network? Register now and benefit from a great rakeback deal, great promotions, 24/7 players on all limits, from all over the world.

If you choose GGPoker, use our bonus code: YPD when registering and you will receive our exclusive VIP deal!

Terms and Conditions apply.
This offer is only for new customers who are at least 18 years old.
If you need some help with yor gambling pattern and if you feel
that something goes wrong, please visit begambleaware.com
By YPD|2020-09-06T18:36:49+02:00September 6th, 2020|