The inaugural event of the poker tour marred by controversy 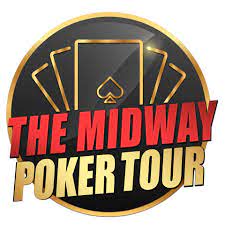 Taking down the final table of a major live tournament is a dream come true for most poker players. For one poker player, the biggest win of his lifetime has come with a side helping of drama and intrigue to go along with his winner’s bracelet.

Renato Spahiu, a poker player from Lombard, Illinois, had a previous best live cash of just over $2700 before he sat down at the Midway Poker Tour’s $1100 buy-in Main Event tourney early this month. Taking place in Sheraton Suites Chicago Elk Grove, the tournament was to be the launch of a new tournament poker series taking place across the mid-western US states. Spaced out into multiple ballrooms across the hotel, the live tournament was done with player’s safety in mind due to local coronavirus restrictions closing many poker rooms.

Despite the unique setting, Spahiu managed to top a field of 266 players and takedown first place for a prize of $55,060 besting runner-up Satoshi Tanaka. The joy that came with taking down the tourney though was short-lived as even as the final table was playing out, there were whispers amongst players that there were issues with the payouts.

Normally after posting up the entry fee in cash for a poker tournament, players expect that their winnings will be returned to them in the same way – cash. Here is where things get a bit different with the Midway Poker Tour. To comply with the Illinois Charitable Gaming Act, the organizers of the tour were only able to pay out $1600 in cash (the initial $1100 buy-in amount plus a maximum of $500 prize money permitted under the state law). The remaining portion of any prize money would be given in precious metals, mainly silver coins in this situation.

Signing up to the tourney, players had been advised there would be vendors on-site to immediately buy back the precious metals. While different than most tournaments, for players eager to hit the tables after a summer of virtually no live poker, it seemed a trade-off worthwhile. Midway Poker Tour’s Twitter account gave the appearance that all was good as the tournament was playing down to a winner.

Silver not as precious as expected

As players were knocked out and picking up their prizes, one key individual was missing that many had expected. The precious metal buyer who was to be on-site to convert the silver back to cash was nowhere to be found and winners were realized the silver they had received was valued at $35 per ounce – about 30 percent higher than the current spot rate for the metal.

For tourney winner Spahiu, this meant his $55,000 payday had quickly lost a chunk of its value and he would be taking home about $16,000 less than expected. He wasn’t the only upset winner though with many taking to Twitter and social media to vent their frustration.

Stuck in the middle of this situation was 4 Kids Sake, Inc – the charity who were supposed to receive a portion of the proceeds. Founded by 17-year-old Theresa Grzenia, the group works to help struggling children and unfortunately ended up walking home with just over $600 from the tip jar with little prospect for anything else as this saga continues to unwind.

As the rumors of organizers absconding with the prize money were swirling on poker message boards, Dan Bekavac, founder of the tour, reached out on social media that he would be making up the difference and for players to reach out to him directly.

A number of players have since indicated they received the difference between the value and retail price of their silver prize, yet, only two of those who have received compensation were from the final table – where the majority of the prize pool ends up. Both Spahiu and Tanaka (the two biggest winners) remain unpaid.

As the weeks have passed since the tournament, Bekavac has gone silent amid rumors that this was not the first occasion that players have been short-changed. During this period, PokerBROS online app shut down their related Midway Club and have disavowed all connections to both Bekavac and the Midway Poker Tour.

While many players are looking forward to a return to normal and the playing felt, this latest event highlights the benefits of playing in a traditional brick and mortar casino. As many of them still remained closed due to pandemic restrictions, GGPoker and other online poker sites may be the best option for players to ensure they receive their full prize winnings.

Terms and Conditions apply.
This offer is only for new customers who are at least 18 years old.
If you need some help with yor gambling pattern and if you feel
that something goes wrong, please visit begambleaware.com
By Kitch|2020-10-28T07:31:51+01:00October 28th, 2020|