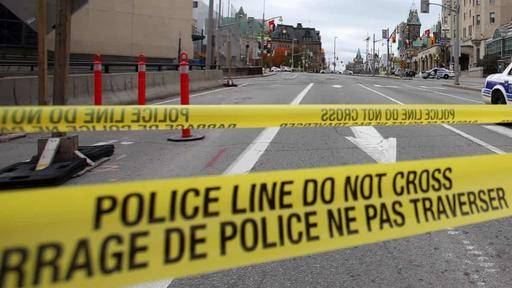 While many brick and mortar casinos have been shutting down recently due to spiking coronavirus numbers, one recent shutdown recently occurred for an entirely different reason.

Police in Markham, a suburb of Canada’s largest city Toronto, raided a luxurious mansion that had been running for months as an underground casino catering to the area’s Chinese community. The investigation, dubbed Project End Game, had been going on since May of this year and resulted in $11.5 million dollars worth of property seized, including over $1.5 million alone in top-shelf liquor.

More than just a typical underground poker club, the operation included both table games and an assortment of casino style slot machines. Police released a video of the property and its take down on Twitter and the massive scale of the operation is laid bare in the video below.

This $9 million Decourcy Court palace in #Markham was the site of a high-end illegal casino and spa operation recently shut down by @YRP investigators as part of Project Endgame. More at https://t.co/3m7Ct9rNDe. pic.twitter.com/waUAx6yXC4

Along with the seizure of property, 33 different people face charges in connection with the illegal casino. Police also raided two smaller properties that had much smaller operations run out of office and warehouse spaces.

Among those charged is the owner of the mansion, Wei Wei, a 52-year-old real estate developer from the Toronto area (along with his wife and 25-year-old daughter). Wei faces the most serious charges of those arrested including operating an illegal casino and many others including weapons charges as police uncovered an assault rifle during the raid in his bedroom.

There were indications that human trafficking may have occurred and sexual services were routinely offered in the bedrooms of the casino property to high roller gamblers. York Region Police indicated that a portion of their investigation is ongoing and future charges and arrests could still be coming.

Justin Trudeau, Canada’s playboy Prime Minister regularly seen galloping across the globe promoting a variety of different social issues, has come under the spotlight with revelations by the country’s National Post newspaper that he mad met on a number of occasions with the operator of the illegal casino.

Pictures have emerged of Trudeau side by side with Wei at a $1500 a person fundraising event at the private home of another local Chinese businessman. Wei also met and was photographed with Trudeau at an event promoting co-operation between Canada and China. Government records also indicate Wei has made previous donations to the Liberal party aside from this dinner.

Trudeau is already under fire in the media for alleged corruption in his awarding of a billion-dollar government contract to an organization that paid his wife, mother, and brother nearly a million dollars in speaking fees. The Prime Minister has been dodging questions relating to the casino raid and charges in press conferences since the news broke.

It’s not just the owners and Prime Minister facing the heat after the takedown. A number of gamblers were playing at the time of the casino raids and are now facing charges as well. Police release the names of nine individuals who were present at the time and charged with being “found in a gaming house.”

All of this serves as a reminder of the value of regulatory oversight to protect gamblers in casinos. While the temptation for many may be there to get a return to normal by patronizing an underground casino or poker club, taking a chance online at one of YourPokerDream’s trusted and legal poker partners seems the much smarter decision this year.

Terms and Conditions apply.
This offer is only for new customers who are at least 18 years old.
If you need some help with yor gambling pattern and if you feel
that something goes wrong, please visit begambleaware.com
By Kitch|2020-10-12T20:44:21+02:00October 12th, 2020|