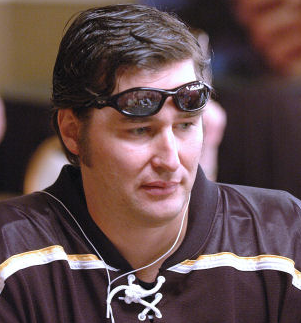 Phil Hellmuth, popularly referred to as “The Poker Brat,” has been in the spotlight over the years due to numerous insults. But this time, it’s about his skills at the poker table. That’s because Phil Galfond actually praised Hellmuth for his game, even though he’s one of his critics. Of course, many players, especially Olivier Busquets and Fedor Holz, expressed their disapproval over Phil Hellmuth’s skill level.

It’s a bit surprising, but whether Phil is a good poker player is perhaps one of the longest-standing questions in the poker world debated for decades. But there remains a question to be asked.

Galfond’s main point was Hellmuth’s performance in the Poker Central duel against Antonio Esfandiari, which showed that regardless of his game’s mathematical analysis, he had unique skills in the live poker arena. Fedor Holz had a different attitude, gave his opinion directly and publicly, and said that he could never really convince him playfully.

Both Galfond and Wood have impeccable résumés in poker, with solid reputations on the game’s analytical side. Both know how the game works but have two very different points of view on Phil Hellmuth.

The successes at the WSOP are unique

Holz’s argument that Hellmuth didn’t have any significant success in the high-roller scene is hard to deny, but it’s also a little irrelevant. Hellmuth’s game is the major World Series of Poker events, and he plays them better than anyone in the world. Of course, everyone knows that Phil is a record holder with 15 WSOP bracelets, but it’s not just about the bracelets. Hellmuth’s 166 WSOP cashes are phenomenal, and he holds the record for most final tables (62). He’s the only player to ever participate in both the Vegas Main Event and the European one. He ranks fourth in total money at the WSOP. The only people ahead of him are players who won the $1 million one-drop tournaments and got huge prize money and points as a result. He was also the first player to win a bracelet in the past four decades and the third player to win a bracelet in four decades.

Perhaps his most astonishing stats from the WSOP are a bit hidden. In about 62 final table appearances at the WSOP, Hellmuth was ahead in 26 of them, won 15, and came second 11 times.

Hellmuth’s analysis of Lifetime WSOP results leads to one of two inescapable conclusions. Either he has unique skills that allow him to play WSOP events as no one has ever done, or he is the greatest lockbox in the world, at least at the WSOP. The problem with the latter explanation is that it contradicts everything we know about probability and chance.

If poker is a skill of skill, it’s pretty hard to deny that Hellmuth has unique skills in playing WSOP events. His record, which is now in its fifth decade, cannot be beaten by any of his colleagues. Hellmuth has lots of unique abilities and has been a lucky player in the five decades.

Hence, Galfond’s statement: “I can see that he is a very great poker player and that Phil Hellmuth knows something I don’t know.”

Hellmuth may not be a “great poker player” at high rollers or cash games, but his record shows that he is, without a doubt, the best player that has ever played multi-table WSOP tournaments. We can’t understand how he does it, but the very fact that he’s extraordinary. No player collects so many WSOP records just by luck.

There is no doubt that Phil Hellmuth has had excellent results over the years. It’s hard to question a player’s skill level with 15 WSOP bracelets and $23.7 million in live prizes. Of course, some players have overtaken him in total prize money, but we must not forget the time and events. Hellmuth played his way up, and the others who are now in front of him. Poker is in a completely different era with numerous high-roller events.

Poker games, a decade ago, can’t be compared with the modern one

Many believers claim that most of Phil Hellmuth’s successes stem from an ancient time when no one had any idea of playing poker with any reasonable strategy. Since 2010, he won another 4 WSOP bracelets, celebrated 13 tournament wins, and many other successes. While that’s still pretty darn strong, he hasn’t distanced himself at all from players like Phil Ivey or Daniel Negreanu.

Achievements such as WSOP bracelets and the number of final tables may be evidence of his longevity, but they don’t really tell the story of a man who overtakes his peers as often as it may seem at first glance. The fact is, the best players in the world are the ones who beat the highest stakes cash games. It always has been and always will be. But even when it comes to top-stake tournaments, it is evident that his rivals do not consider him an elite.

There is no doubt that heads up require the most skills. And, remarkably, Hellmuth was able to win the second 200k high-roller heads-up duel against Esfandiari.

Terms and Conditions apply.
This offer is only for new customers who are at least 18 years old.
If you need some help with yor gambling pattern and if you feel
that something goes wrong, please visit begambleaware.com
By Marina Taylor|2020-10-26T17:44:19+01:00October 26th, 2020|