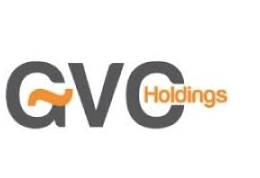 partypoker/Bwin are now following a similar strategy as PokerStars, and are withdrawing from various unregulated markets for the time being

According to our information, players from various countries have already been informed via email that partypoker and Bwin will withdraw from unregulated markets from mid-December due to the decision by the parent company GVC.

According to the current status, countries such as Costa Rica, Poland, Norway, and Venezuela will be affected. Other countries will probably be announced shortly.

On November 12, 2020, GVC officially announced that the focus will now only be on nationally regulated markets:

Today, 96% of our revenue comes from markets that are nationally regulated or regulating.  By the end of 2023, 100% of our revenues will be from regulated markets, which means that we are exiting markets in which there are currently no viable paths to regulation.  By the end of 2020, 99% of our revenue will be from nationally regulated or regulating markets, and we will work closely with regulatory authorities in the remaining 1% towards the highest regulatory standards.  If it becomes apparent that regulation in those markets is unlikely, we will exit them.

It remains to be seen the strategy GVC will pursue over the next few months. As far as Germany is concerned, a new approach will depend on the latest gambling contract, which would be effected in July 2021. Should this come into force unchanged as planned, this will negatively impact the German gaming market. It is often true that this is not legally valid and not EU-compliant. Nevertheless, there will be some adjustments before a new method is passed.

There are more than enough alternatives for players from non-regulated countries because the trend has been that these players are welcome by all providers. You don’t have to worry about countries with stringent and obnoxious regulations.

YourPokerDream Recommendation: We offer the best GGNetwork VIP Deals that you can’t find on the market. At GGPoker you can also enjoy our exclusive $500 First Deposit Freeroll Tournament. You will get 24/7 action on all limits and all possible variants. Regardless of whether you like to play at the normal cash game tables or fast-fold poker, the popular super turbo jackpot Spin & Gold SNG, GGNetwork is the right place. You can find everything you want to play poker at GGNetwork.

Terms and Conditions apply.
This offer is only for new customers who are at least 18 years old.
If you need some help with yor gambling pattern and if you feel
that something goes wrong, please visit begambleaware.com
By YPD|2022-04-20T23:43:19+02:00November 22nd, 2020|