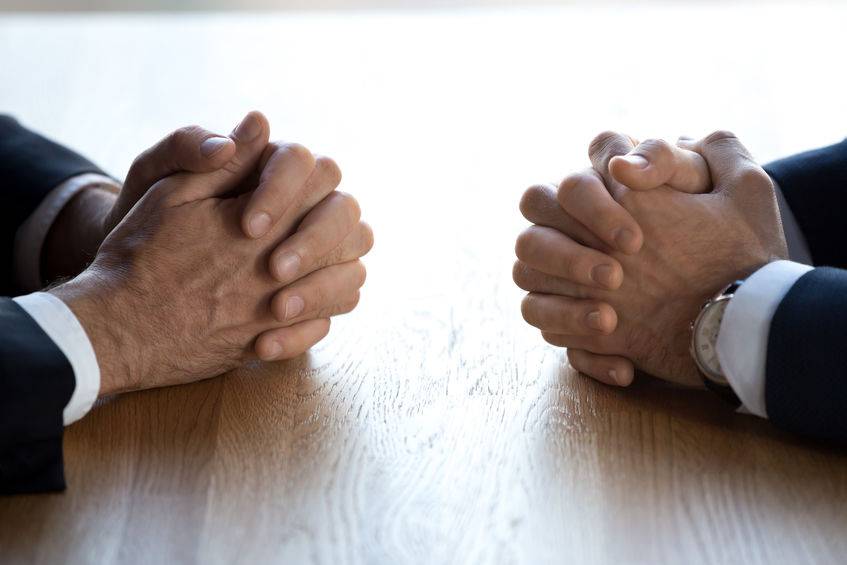 We all like life to run smoothly, getting along as best we can by trying to avoid problems along the way. Some things, of course, are more important than others, and it’s reasonable to hope that things go well for us at the poker table. Ideally, this means that at a Cash game, for example, we dominate everyone and take their money without even a hint of resistance, and end a session with our bankroll and ego suitably boosted…

Unfortunately, everyone else arrives at the table with the same hopes and intentions, which is what makes poker such a fascinating, intriguing battle of wills. And this is why we can so easily get dispirited when it feels like nothing is going to plan.

A typically unpleasant and frustrating scenario, for instance, is when the player to our left is managing to cramp our style to the point that it seems we can’t even get into second gear. It feels like they’ve turned up just to spoil our party, and with increasing regularity, as we continue to find ourselves reeling like a boxer on the ropes who’s barely managed to get a punch in since the opening bell.

After trying to break the monotony of being forced out of the game we try to jazz it up with speculative hands, but being out of position brings with it a disadvantage that our nemesis ruthlessly exploits, forcing us to back down.

It’s not unusual to find ourselves slipping into passivity in this kind of situation. After failing to make our presence felt – perhaps other players at the table have joined our neighbour in further stifling our play – we settle for limping into pots with hands that don’t justify further commitment, and anyway find ourselves bowing out. What to do? Ultimately we have three choices:

Option1: Continue drifting along without a foothold in the game

Surprisingly, despite this seeming like a terrible choice, many players do indeed react to a poor situation by doing absolutely nothing! Some might absolve themselves of any responsibility for their lack of success by blaming everything on bad luck, convincing themselves that things will turn around and their time will come. Of course, they might get lucky, but relying on the Poker Gods stepping in to help out isn’t the kind of strategy I’d recommend and, in the meantime, it will be more of the same, with the opposition continuing to exploit weakness, passivity and erroneous play. Remember that a good tip in poker is to get away with whatever is profitable for as long as opponents allow it… let’s not allow ourselves to be on the wrong side of that scenario!

Nobody ever lost money standing up and walking away from a poker table. ‘When in doubt, get out’ is a piece of advice that should at least be considered when we feel like we’re in a detrimental situation that’s beyond our control. The classic poker adage that if you ‘haven’t spotted the sucker at the table, it must be you’ might be a cliché, but clichés tend to come about because there’s a sizeable element of truth in them. Of course, it’s not necessarily that simplistic but, if we feel out of our depth, then it makes perfect sense to face facts, leave the arena and live to fight another day. Given that online poker offers us countess options, 24/7, then it would be madness to stay in a game we’re ill equipped to hold our own in. Another justification in leaving the table is that – apart from there always being other tables – sometimes we might simply need a break. Whether it’s to recharge our poker batteries, rest, relax, eat, contemplate how the session went and so on, taking a break is often a good idea. It would be unwise, after setting aside, say, two hours for playing poker, to stubbornly continue because we’re only 20 minutes in. Remember: When in doubt, get out…

Option 3: Take stock, learn, adapt and turn the tables on the opposition

While Option 2 is clearly a sensible, failsafe choice, and one which should be uppermost in our minds when we’re struggling, sometimes it might be reasonable to draw the proverbial line, step over it, grab the bull by the horns and change tactics. After all, if we always automatically walked away from difficult situations we’d never get any better at anything.

Note that I’m certainly not advocating hanging around a hitherto negative game for the sake of it, with no strategical change. Rather, what’s called for is a shift in our approach based on our own play and that of our opponents thus far. Crucially, as much as we might have become predictable, so have our opponents in the way they have exploited our mistakes and approach. Furthermore, along the way – assuming we have been closely observing the action every hand and not just when we’ve been involved (a bad habit that’s best avoided) – we should have a good read on the opposition, and with it an opportunity to shift gears and fight back.

There’s a whole armory of weapons at our disposal. For example, re-raising the looser aggressive players pre-flop can be effective. Moreover, in the specific scenario, we’ve been considering, having been so passive thus far we could probably take the pot by turning the tables with any two cards (such a move would anyway be founded on positional considerations and other factors rather than our cards). Uncompromising post-flop play is another tactic, such as check-raising what might have become habitual continuation bets.

These and others will be discussed in a future article but, in the meantime, don’t forget to properly consider your options the next time you’re struggling at the poker table.

Author:
AngusD
AngusD switched from pro chess to poker two decades ago and has been professionally involved in the game on numerous levels since the very beginning of online poker, including playing as a poker ambassador both online and at major festivals around the globe. He has written much about the game over the years, and brings to YPD a wealth of experience in all aspects of the poker industry. Meanwhile, his many years on the pro chess circuit (he’s an International Master and prolific author) afford him an interesting perspective on the psychology of poker.