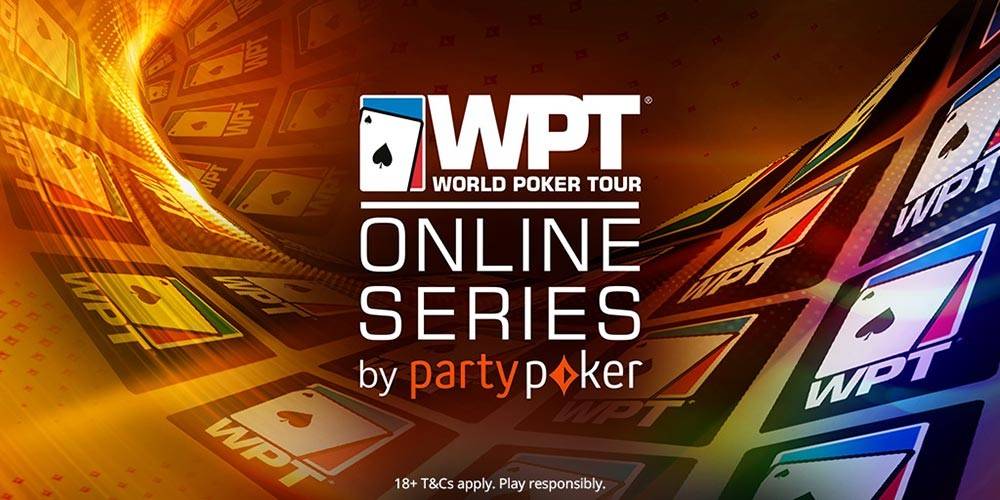 partypoker extended the opportunity for players to qualify and win its grand prizes from the mini editions of the WPT World Championship Online.

The WPT World Online Championships surely guarantee $100 million to be won. That alone should be enough to make you enthusiastic and clambering for your mouse to log-in to your partypoker account. It is important to know that the Main Event of this tournament offers a guarantee of $10,000,000 and has a buy-in of $10,300. However, Day 1A is slated to hold on Sunday, September 6, 2020. And Day 1B is now scheduled by partypoker to hold on Sunday, September 13. The second, third, and fourth day of the event will take place in the following three days, and the tournament concludes on Wednesday, September 16.

Right now, players can come in and be eligible to qualify for Day 1B, even if they were eliminated on Day 1A. partypoker plans to convey the satellite schedule very soon to the public.

On the other hand, the WPT World Championship Online Micro is set to hold for four days; it has a grand prize of $1,000,000 with a buy-in of $109. Day 1A of the event is scheduled to hold on Saturday, August 29. The concluding day of this event is slated for Tuesday, September 1. The whole tournament will be streamed live on partypokerTV and partypoker’s Twitch channel, with this, players can be able to be seen all over the world.

There are lots of advantages to why you should partake in this event. First and foremost, real names – and not fake ones – will be displayed throughout to ensure an authentic experience for every player. partypoker already ensures it displays real names in the biggest tournaments and it will ensure it remains that way. Displaying the real names of players will ensure that every player can know who they are competing with.

Secondly, this tournament doesn’t just have $3,200 or higher buy-in Championship Events – there are Mini and Micro versions of all the Championship events. Additionally, there is a 40% cashback on your tournament fees/buy-ins. You are eligible to get at least 20% of every rake of yours and buy-in once you generate 25 points in a calendar week.

partypoker’s director Tom Waters stated: “The WPT World Championship Online Main Event is one of 12 championship events in the tournament series and is also one of the five Mike Sexton WPT Champions Cup events. On top of the prize money, the winner will pick up a $15,000 added value ticket to the next WPT Tournament of Champions (TOC), presented by Baccarat Crystal. Their name will be engraved on the Mike Sexton WPT Champions Cup trophy and they will receive a replica version. They will also join the exclusive WPT Champions Club and will win a Hublot Classic Fusion Titanium watch and a set of Everyday Baccarat Tumblers.”

Sign up right now and enjoy a fantastic welcome bonus, up to 40% weekly Rakeback and the exclusive promotions from YourPokerDream.com

Terms and Conditions apply.
This offer is only for new customers who are at least 18 years old.
If you need some help with yor gambling pattern and if you feel
that something goes wrong, please visit begambleaware.com
By Lawrence Damilola|2020-08-15T20:37:34+02:00August 15th, 2020|