partypoker improves its mobile version for all cash game players

partypoker has extended its revolutionary portrait table mode to cash games, among various other changes designed to enhance the mobile playing experience.

The ground-breaking gameplay orientation lets players enjoy cash games on mobile with the use of single-handed play across heads-up or six-handed games and gives players the ability to tile up to four tables at once.

In addition to a brand new main lobby, the redesigned cash game lobby now displays all games on offer in either ‘tiled’ or ‘carousel’ view, while new filter options afford players greater freedom choosing the games they wish to play.

As part of the release, players can now also multi-table cash games, SPINS and fastforward simultaneously, being able to switch seamlessly between the three games.

The latest round of updates underscores partypoker’s commitment to delivering a best-in-class mobile offering and complements previous upgrades made to the operator’s SPINS and fastforward games.

Team partypoker’s Joni Jouhkimainen said: “The new mobile app is so good! It’s definitely the best poker app I’ve ever used. I look forward to you guys being able to see for yourself!”

Teammate Renato Nomura added: “It was great to be able to test the new mobile app ahead of the launch and provide feedback to the team on improvements. It looks great and I will definitely be playing on the app a lot more.”

Playing online poker via a mobile phone becomes more and more popular and thats why every poker room is interested in it to offer all players a very modern and stable mobile app. Especially partypoker did  a lot in the last months and improved their mobile poker app really a lot, to make it one of the best you can find on the market. 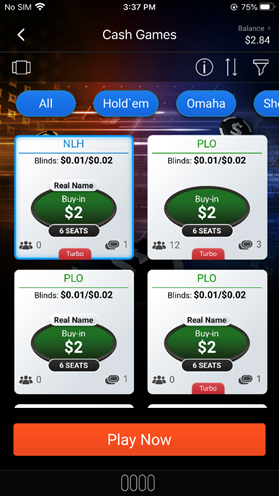 Sign up via YourPokerDream at partypoker and receive a 100% up to 500$ welcome bonus and enjoy all our exclusive promotions, private tournaments and the best rakeback deals.

Terms and Conditions apply.
This offer is only for new customers who are at least 18 years old.
If you need some help with yor gambling pattern and if you feel
that something goes wrong, please visit begambleaware.com
By Daniel Berger|2020-03-25T09:09:45+01:00March 25th, 2020|