Home » PokerStars Changes Cash Game Waitlist
Previous Next
September 30, 2020
PokerStars Changes Cash Game Waitlist
Author:
Kitch
Hi Guys! I am Marc Kitch and one of the Content Managers at YourPoker Dream. As a recreational poker player for over a decade, I’ll bring you the latest in news, views and general advice from the world of online and live poker. 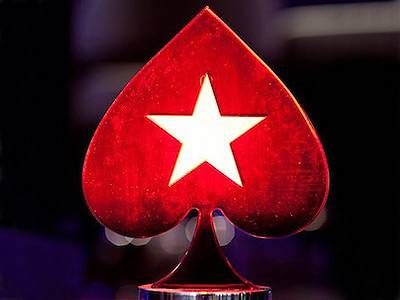 PokerStars has managed to keep a relatively low profile from any controversy lately but with the leaves changing colors and a new season arriving, they did seem to Fall into their old patterns this week. The latest change by the industry leader will see a huge difference in how players choose what cash game table to play at.

Coming soon to their cash game tables will be an Active Waiting List. This means that instead of being able to choose which table they want to join and then sitting inactive on a wait list, players will be seated at a different table while waiting for a seat to open up at their preferred one. This Active Waiting List is similar to a brick and mortar casino experience where they host “feeder” or “must-move” tables for poker grinders to play a few hands instead of just sitting around waiting.

­Once a seat becomes available at the desired cash game table, a random draw is held at the feeder tables for the open seat. According to PokerStars, the draw will favor players who have been waiting longer but not necessarily guarantee the longest waiting player gets the next seat. Sitting out at the feeder table will result in the player not being eligible for the draw when an open seat happens.

“This system has been designed to encourage engagement and action, while deterring players whose only objective is to join games with weaker opponents. Now, instead of passively sitting on a waiting list until the right seat becomes available, that player will need to play in order to remain on the waiting list.” – PokerStars Blog

While change is rarely accepted in a positive light from most poker regulars, some cash game players quicky took their frustrations to online forums shortly after PokerStars made the announcement on their in-house blog. Many players felt the idea of being forced onto a table against random opponents was unfair and would deter them from playing. Others though saw the positive aspect of PokerStars new policy with Redditor “slowpush” summing it up as “a great change. It stops people from being able to hunt fish and removes the effectiveness of seating scripts.”

Many online poker players, particularly those transitioning from a live game, may not be aware of seating scripts and their prevalence. PokerStars does offer filters in its game lobby (as seen below) to allow a player to choose characteristics of the cash table they want to sit at focusing on variables such as average stack, hands per hour, or even if a PokerStars pro is seated. 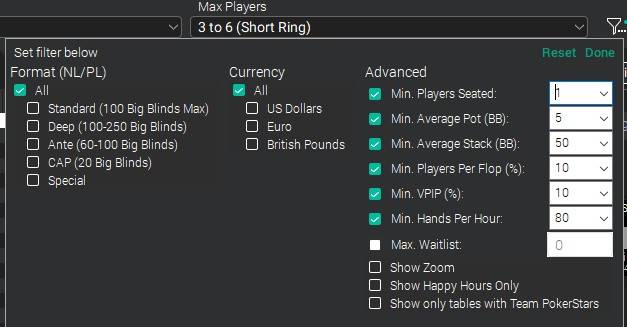 Seating scripts go further than this though and are automated tools that select, and register, a player to tables that meet certain guidelines. This explains why you may occasionally see a waiting list only have one or two players but a few seconds later there is a 20-person plus waiting list. For regular grinders, these tools are like an electronic fish finder and help them search the waters for easy players. Yet for the recreational player, it often provides a horrible gameplay experience as they are immediately surrounded by professional players within a few minutes of sitting down to crack a beer and play a few hands of Hold’em.

Bumhunting – as this practice is called in the poker community – is a problem faced by many poker sites and most recently caused a lot of controversy over at GGPoker shared with the public their guidelines on what they consider a good and bad poker player. You can read YourPokerDream’s coverage of that here.

GGPoker does seem to be leading the way in making the game better for the recreational player after taking steps months ago to combat over-predatory behavior yet PokerStars only seems to be flirting with making changes now. What impact this has on traffic levels at PokerStars cash games, and particularly if this will draw players away from the Zoom variant, will be something we closely watch over the next few months.

Terms and Conditions apply.
This offer is only for new customers who are at least 18 years old.
If you need some help with yor gambling pattern and if you feel
that something goes wrong, please visit begambleaware.com
By Kitch|2020-10-05T14:29:58+02:00September 30th, 2020|