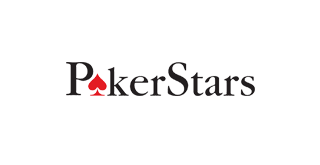 The time of seating scripts at PokerStars is over

One of the biggest poker platforms in the world PokerStars recently sanctioned automated scripts. However, this move by PokerStars seems to please poker players as it protects them in cash games. The new policy was passed on April 11th.

A blog post by the director of innovation and poker operations of PokerStars Severin Rasset on February 27th states that the new policy was created to “ensure the same rules and standard applied to everyone.” He also added that “There are tools that provide their users with sometimes small and other times clear advantages over others, undermining the spirit of the game.”

Rasset emphasized that the platform’s third-party rules will certainly allow players to be automatically seated at a cash game table, but the use of bots by poker players on the basis of a player’s statistics or notes will be frowned at.

However, many casual –or rather- weak poker players have embraced this new policy as it protects them from being preyed, which has been a long-time phenomenon in cash games on various poker sites. The phenomenon is usually referred to as “bum hunting” and it allows experienced players to target weaker players in the game. Even though it is a perfect practicable strategy to prey on weaker players, most skilled players still make use of automated seating scripts to look for weaker players in poker tables before automatically seating them to win games very easily.

“Any tool or service that sorts available games or (semi-) automates the process of joining games based on the game-play statistics or notes of other players will be prohibited. A tool that solely (or semi-) automates adding players to a set number of tables, without any reliance on information about other players, is permitted,” Rasset stated.

It is important to know that this is not the first attempt by PokerStars to block seating scripts. They tried their hands on the policy and effected a feature known as Seat Me” on the Southern-European markets.  The policy on “Bum-Hunting” was tried for a year by PokerStars on Spanish markets. Last year, the poker platform extended it to the shared liquidity market that involves Spanish and French players.

In the future, players on PokerStars will be making use of bots that prevents the use of seating scripts.

The Reactions from Different Poker Players

The new policy by PokerStars is a welcome development and many poker players are happy about it. A poker player on the Two Plus Two forums known as “sandr1x” began a thread known as “The Anti-Scripts Petition” He asked players on PokerStars cash game to send emails to the PokerStars’ support team for a blanket ban on automated seating scripts. The support team replied: “I am a representative of the Stars Group Game Integrity Team.

Due to ring game seating scripts inherently causing this “table blocking”, we are making changes starting from today to prohibit players using these seating scripts. This change is effective immediately. It will take several days to update information on our webpages.

We thank the players who have raised their concerns with us on this issue.

Overall, with the fact that PokerStars has a blanket ban on automated seating scripts, it is evident that other poker sites will follow suit.

Terms and Conditions apply.
This offer is only for new customers who are at least 18 years old.
If you need some help with yor gambling pattern and if you feel
that something goes wrong, please visit begambleaware.com
By Lawrence Damilola|2019-06-03T11:53:26+02:00April 27th, 2019|