Pokerstars no longer in 1st place, conceding the top spot to IDNPoker

For many years Pokerstars has been the undisputed number one online poker room in terms of player numbers, so the current rankings list at pokerscout.com will certainly have come as a surprise to the poker world. The IDNPoker network now occupies the top spot, with a 7-day average of 6,600 Cash Game players. Just behind is Pokerstars, with 6,400 players, followed by GGPoker at 5,400.

We might wonder how this change came about, given that IDN was competing for second place with GGPoker barely a week ago, but the answer is relatively simple. Players from numerous countries are allowed on the IDN network, but 85% of the players come from Malaysia, with the Malaysian ringgit currency featuring on the tables. While the third wave of CVOID-19 has been addressed with some success in many countries around the world, Malaysia has not been as fortunate, with instances of the virus on the rise again. Consequently, the government’s resultant introduction of a nationwide lockdown – until June 6, 2021 – has led to a considerable increase in the number of people playing online poker. It can therefore be assumed that this is a temporary situation, and that the number of players will normalize again after the lockdown has ended.

It should be pointed out that the number of players at PokerStars has been falling for years, with many players lured by the competition. One of the main reasons is the elimination of the VIP system/rakeback programme, which has not been well received by the community. In addition, some countries were excluded from gaming, which plays into the hands of rivals. GGPoker in particular benefits from this, and is realistically the only true challenger to Pokerstars, who we can expect to consolidate in the long term.

Who is the IDNPoker Network?

Thanks to much of the network’s player base being from Malaysia, and with there being hardly any Europeans, IDN is known to have a very soft pool of players, many of whom are recreational poker fans. Added to this is the fact that deposits/withdrawals are normally restricted to Malaysia – players from other countries do not have the usual payment methods available, and can deposit/withdraw only via an agent/affiliate such as YourPokerDream. It works smoothly, of course, and we can offer Neteller/ecoPayz or Bitcoin as a payment option, for example; but it can understandably be a bit strange for players.

Although the field of players is definitely very soft, and you can find action even at the high limits, it’s possible to play just one table at a time via the browser of your PC or mobile phone. However, on a PC you have the option to play legally with two different accounts using two or even three different browsers!

You have to enter your personal data when registering, but nothing is checked and there is no verification we’re used to seeing at other online poker rooms. As far as eligible countries are concerned, there’s some flexibility here. Although individual countries are blocked due to the IP address, you can easily bypass this using a VPN, without questions being asked. This means that players from all over the world can take part in gaming in the IDNPoker network.

If you want to take a look at the network, you can do so at our partner ShenPoker, IDN’s largest skin. Our Support team will be happy to help you at any time with sorting out deposits.

Even if IDN cannot establish itself at the top in the long term, and even if this latest surge to the top is indeed a temporary situation, those who are looking for a very soft field of players and who are not interested in multi-tabling might want to check it out. (Meanwhile, note that the rake for all games is 3% without a cap!).

YourPokerDream offers all players a 100% up to $500 Welcome Bonus, and up to 50% weekly Rakeback 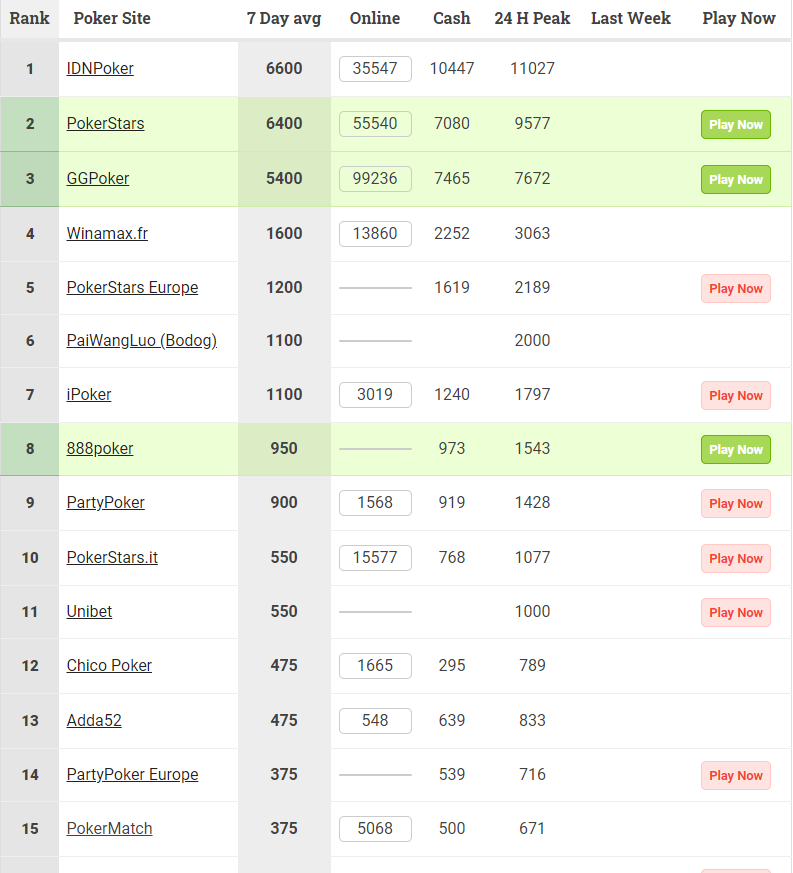 Terms and Conditions apply.
This offer is only for new customers who are at least 18 years old.
If you need some help with yor gambling pattern and if you feel
that something goes wrong, please visit begambleaware.com
By Daniel Berger|2021-05-12T20:37:56+02:00May 10th, 2021|