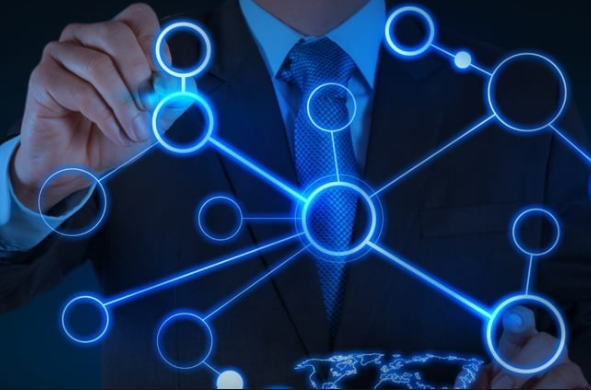 If you are new to online poker and are still a little unsure how to behave at the virtual tables, this article will surely give you a little help

Positions at the poker table can be categorised simply as Early, Middle and Late, with individual positions within those sections having specific properties that afford us more or less flexibility. Note that the crucial implications of position come to the fore in play after the Flop…

As the name suggests, when we’re in Early Position we’ll be among the first to act after the Flop, and it is this simple fact that makes EP the worst position to be in in relation to our opponents and when they act. Whatever we do, our action will give the remaining players in the hand information in some form or other, as well as greater pot control, and this disadvantage continues for the Turn and River!

Consequently, we don’t want to compound the problem by getting involved with weak(er) starting hands.

With the possibility of our being able to outplay opponents by virtue of our always having to ‘commit’ first while not receiving the same free information from other players, the strength of our hand assumes more importance. Consequently our range of starting hands with which we can enter into a pot is going to be considerably narrower than in MP and LP. Much more care is required in EP (of course we need to be careful regardless!) because we’re going to be more vulnerable to the action that follows. For example, we might open with a reasonably good hand but when faced with a sizeable raise we’re already in a potentially troublesome spot. Throw another a couple of players into the mix who are still yet to act – and therefore could well re-raise etc – and our hand no longer looks so good. This is a typical EP negative scenario which tends to find us (usually correctly) having to fold due to the likelihood of being up against much stronger hands.

Be willing to fold

There is a tendency for inexperienced players in this situation to persevere, refusing to say goodbye to the chips they’ve invested. The problem with this approach is that we could be digging ourselves deeper into the hole we initially created for ourselves when we got involved in the hand in the first place by not properly respecting our position. Calling that raise (or, worse – a subsequent reraise) on the Flop is one thing, but we can expect to see more action when the Turn comes and, assuming we haven’t hit big and are still in the dark as to where we stand, then we’re simply paying too big a price to remain in contention and are simply throwing away our chips. Rewinding back to the point at which our bet was raised, we should instead face facts and fold, and have no regrets in doing so. These realistic, practical decisions should anyway become increasingly natural as we improve our game, but especially so when we find ourselves at such a positional disadvantage.

It follows that playing in Middle Position is an improvement over Early Position. No longer the first to act, we can expand our starting hand range a little compared with when in EP because there are fewer opponents to act after us post-flop.

Note that it isn’t necessarily always the case that we’re not the first to act – if everyone in EP and anyone else before us were to fold, then we’d essentially assume the role of being in EP, and with it the same potential handicap when play resumes post-flop.

Essentially, in MP we have an advantage over those who act before us, but the proverbial spanner in the works is that we are at a disadvantage to those who act after us.

If only poker were a simple game with less chance and fewer unknowns, and more manageable and predictable parameters. Apart from us not knowing what cards our opponents are holding, nor do the Poker Gods let us in on what will be dealt out on the Flop, Turn and River. We can arm ourselves with the probabilities of this or that card appearing – or to some extent certain combinations of cards – but that requires effort and time and understanding, and we’re still left in the dark. It’s annoying. Even chess, with as many possible positions as there are stars in the universe, is essentially a finite game in that all of these moves and options are in front of us and available to us over time (even if we did have to live billions of years!). In other words, while playing a game of chess we don’t have to worry about a couple of extra pieces appearing out of thin air and being added to our opponent’s army! There are no hidden or unknown factors to constantly have to be ready for; even our opponent’s moves are ‘known’ elements. However, poker players are not afforded such a luxury. This, of course, is a problem we’re faced with all the time in poker, and one that presents analytical obstacles in countless situations. Let’s consider a few numbers that might help us get a better picture and, in turn, help us make pre-flop decisions.

This seems like a good place to start. Note that it could be argued that we might already formulate a plan – based, perhaps, on the habits of specific opponents, our position, stack size and so on – irrespective of the cards we’re about to be dealt, but for now we’ll assume the hand begins when we first receive our hole cards.

So – what kind of hand can we expect to find? Or, more to the point, how often might we be dealt this or that combination of cards, from the lowly 72 to the aesthetically symmetrical pair of aces? Probability is a strange animal. The classic Heads/Tails toss of a coin features two possible outcomes, but the fact that there’s a 50% chance of getting Heads doesn’t in any way preclude the possibility that at some point there could be a run of, say, 20 consecutive Tails.

In poker, it stands to reason that, during a typical cash session or tournament, different players will experience varying degrees of fortune in terms of starting hands. If we’re very unlucky – all other things being equal – we might suffer from an awful run of trash hands and never get a chance to make our presence felt. Going back to that lovely AA – our chances of getting this (or, indeed, any specific pair) are roughly 220 to 1. Of course we might well end up sitting at a table for hours without ever seeing Aces while our neighbours could be hitting big with annoying frequency. How many times during a frustrating and ostensibly unending terrible run of cards do we see a lucky player build up a mountainous stack after successive double-ups with random cards, only to then have another big score with KK, followed an orbit later by their being dealt Aces?

Nevertheless, the more we play, the more luck we’ll have of all kinds, and it helps to have an idea of the numbers surrounding starting hand probabilities.

So we know the odds of being dealt QQ are 220 to 1, but what about getting Queens, Kings or Aces? This improves to around 73 to 1. Any pair 99 and higher is roughly twice as likely, while the odds of finding any pocket pair are 16 to 1.

One of my first tournaments as a Poker Ambassador for an online poker room took place in Leeds, England, close to where I was born, and a couple of friends came along to see me. I’d got off to a good start with AA and not much later was dealt pocket Kings. I ended up all-in against one opponent, who gleefully turned over AA. The odds for this to happen when dealt KK at a full-ring table with nine players are 1 in 26. The odds when I had AA of running into someone else with AA would, incidentally, have been 1 in 154!

As for QQ, this is clearly a strong hand, but I remember watching poker on TV when it was first becoming popular, and hearing a top player describe QQ as a ‘small’ pair. Of course he was joking, but despite Queens generally needing to be played strongly, we have a 1 in 13 chance at a full ring table of running into Kings or Aces.

For those of you with an Ace obsession… If we are dealt an Ace at a 9-player table, there’s a 69% chance that someone else (or more) also holds an Ace. With six players, it’s 50%. Of course it’s good to be dealt an Ace, but these numbers are worth bearing in mind so that we keep our feet firmly rooted to the ground and avoid getting carried away – and be prepared to fold – when we have a weak kicker.

While it’s not necessary to religiously cram our heads full of numbers, these examples demonstrate the usefulness of at least making ourselves aware of some of the more relevant probabilities. Note that this has significance not only for how we think about our own hands, but also the consideration we give to what other players might be holding.

Have fun at the tables!

AngusD switched from pro chess to poker two decades ago and has been professionally involved in the game on numerous levels since the very beginning of online poker, including playing as a poker ambassador both online and at major festivals around the globe. He has written much about the game over the years, and brings to YPD a wealth of experience in all aspects of the poker industry. Meanwhile, his many years on the pro chess circuit (he’s an International Master and prolific author) afford him an interesting perspective on the psychology of poker.

The last changes of the page “Strategy for Beginners” was made by AngusD on November 10, 2020