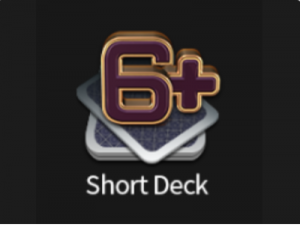 The gg poker network continues to attract lots of attention to change the poker world; as a result, the number of players on the network keeps increasing. Recently, a revised version of the in-house Fast-Fold Poker variant “Rush & Cash” was released by GGNetwork to the poker industry with a big ‘bang.’

It was only a matter of time before GGNetwork introduced Short Deck Holdem to its portfolio. The Short Deck Hold’em or 6+ Hold’em is a slightly different version from the typical Texas Hold’em, which came to Europe from Asia. With the Triton Poker Tour and the publicly held tournaments in the short-deck hold’em format, this variant gained more attention worldwide.

However, due to the smaller card deck, the chance to make a right hand naturally increases, and there is a lot of action at the table.

At the moment, major sites in the scene have added Short Deck Poker to their portfolio, and the GGNetwork is the front-runner.  Additionally, the poker network now gives players the opportunity to install a different version of their Short Deck/6 + Hold’em from their Fast-Fold Poker variant

The popular poker network also plans to launch the variants on October 28, 2019, and begin a big short deck promotion at the same time. Due to the high number of Asian players and Europeans who like to play in the GG Poker Network, the roll-out of these variants will be a huge success.

What makes the Short Hold’em so exciting is the fact that they are virtually no shortcuts to improve your game, but only with diligence and hard work; also you will find lots of bad players and regulars with some weaknesses in their own game at the tables.

From all of our three partners in the GGNetwork, we offer fantastic exclusive Rakeback deals, as well as access to our exclusive promotions and tournaments.

The last changes of the page “The GGNetwork plans to launch Short Deck/6+ Holdem as a new game” was made by Daniel Berger on October 04, 2019