The player with straight flush lost the game and hit the $375,000 jackpot

We’ve seen many players who lose with four of a kind hand at the poker tables, but this time the player “lost” with a straight flush, that has made him richer for $ 190,000.

At the Diamond Jo Casino in Iowa, a poker player hit a bad-beat jackpot of more than $ 375,000. Usually, a player who loses with a four of a kind or any stronger combination gets 50% of the jackpot; the winning player gets 25% and the rest 25% are usually distributed among the other players who remain at the poker table. In some cases, a penny even goes to all the players at the same tables in the gambling hall. 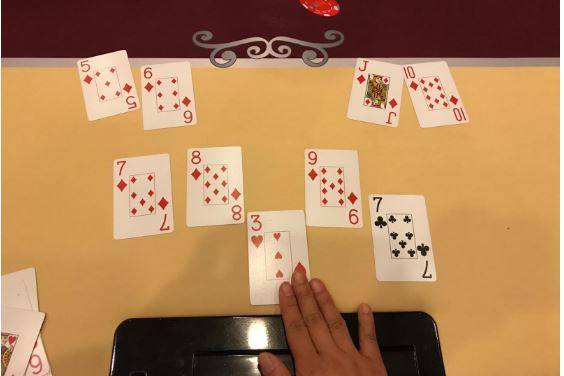 The irony of this story is that in this hand, someone might have been a four of a kind of sevens. If such situation should appear, the player would get the standard share of the jackpot like all the other players at the table.

As a result of such cases, the jackpot has been recharged and its amount is equal to zero. There is no doubt that this lucky man will become famous. This scenario will become a vivid reminder that rare occurrences do happen; at this point, you need to do your best to sit at the table with a bad-beat jackpot. 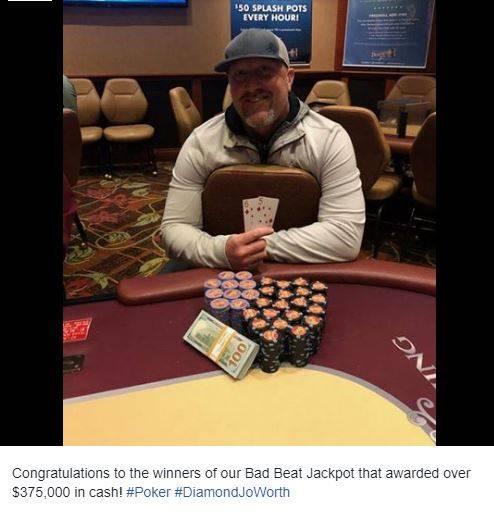 As you know, a bad beat jackpot is when a poker room (live or online) pays out an amount of money if a very good hand (usually Quad Eights or better) ends up losing to another hand. Such jackpot is usually divided between all of the players at the table that participated in the hand that was played.

Terms and Conditions apply.
This offer is only for new customers who are at least 18 years old.
If you need some help with yor gambling pattern and if you feel
that something goes wrong, please visit begambleaware.com
By Marina Taylor|2019-06-21T19:43:06+02:00April 5th, 2019|